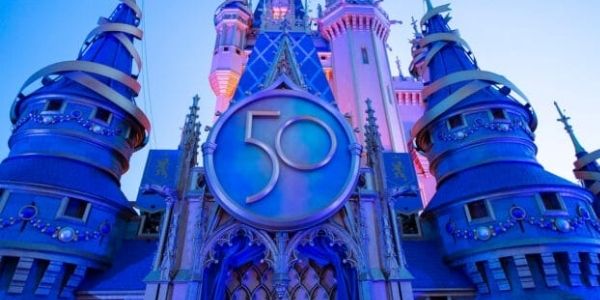 On October 1, 1971, Magic Kingdom at Walt Disney World — The Most Magical Place on Earth — opened to the public, and before we knew it, it became one of the most popular vacation destinations around the world. And here we are, 50 years later!

For the 50th anniversary at Walt Disney World, Disney Imagineers paid a special tribute that many Guests may not realize.

When you walk under the train station into Magic Kingdom, there are several Disney Parks posters lined along the walls. Well, specifically for the 50th anniversary, Disney Imagineers swapped many of those posters out to highlight the opening day attractions and posters!

The Mouselets shared a video to TikTok showing which posters are now on display, which include Casey’s Corner, The Hall of Presidents, Haunted Mansion, Peter Pan’s Flight, and more!

So, when you walk through the train station on your next visit, make sure to take a look. We love seeing this hidden tribute to the opening day experiences that are still in the Park to celebrate 50 years of magic.

Check out The Mouselets full TikTok video below:

♬ When You Wish Upon a Star – Rosemary Clooney

Did you realize that the posters under the train station were swapped out to highlight opening day attractions at Magic Kingdom? Let us know in the comments below.