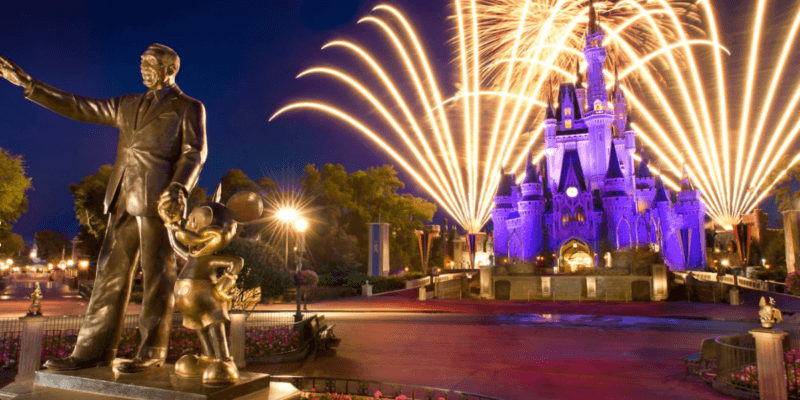 It seems nearly impossible to believe, but Disney World has officially started celebrating its 50th anniversary! Guests lined up outside the Magic Kingdom as early as last night and flooded the theme park when it opened its gates this morning. Crowds were intense and lines were long, but not for some of the things you think they would be.

The Magic Kingdom is truly the heart of Walt Disney World, so it makes sense that crowds would descend upon that park in favor of all others. With all of those Guests, it would also make sense if popular attractions saw hours-long wait times. However, that was not the case — in fact, it was the exact opposite!

Magic Kingdom wait times are currently incredibly low! Just take a look at wait times with the screenshots Inside the Magic, snagged from the My Disney Experience app.

Considering the crowds that came down for the 50th anniversary, it is shocking to see that only a few rides are only more than half an hour wait. It seems that maybe Guests came to the Magic Kingdom to see the special shows and wait to get their hands on the exclusive merchandise that will only be available for the 50th.

Even though the wait times are low, that is not enough to keep some people happy. Unfortunately, fights were seen happening in places like the Main Street Emporium as Guests tried to snag all the 50th merchandise they could. However, it should be noted that Disney is limiting Guests to two per item as a way to manage purchasing numbers for popular items.

There are also a number of special things happening around the Park today — including special cavalcades and performances by the Main Street Philharmonic, culminating in the official premiere of the new fireworks show, Disney Enchantment.

The Walt Disney World 50th anniversary celebration kicked off this morning and will run for 18 months — wrapping up in May 2023.

Are you surprised to see Magic Kingdom wait times so low? Let us know in the comments!