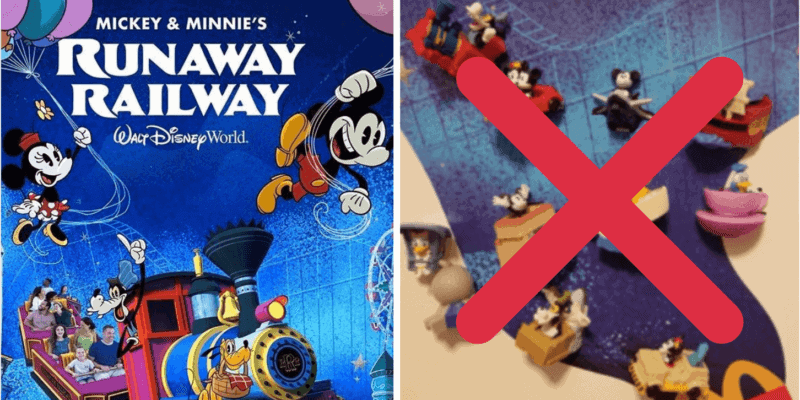 If you’ve been following the saga of the Disney World McDonald’s Happy Meal toys, you know that it has certainly not been smooth sailing for the Disney Parks attraction-based collectibles. In fact, a ride through headhunter territory on the Jungle Cruise might be easier to navigate.

First, the toys were announced and Disney fans around the nation were extremely excited to get their hands on the full collection, which featured 10 Disney Happy Meal toys in all:

Then, the toys were unfortunately recalled due to a QR code error — not a safety issue. At the time, McDonald’s had issued an internal memo read:

We’re asking all restaurants to stop distributing the toys with game tickets and themed Happy Meal boxes immediately, and to switch to generic stock of Happy Meal toys and generic Happy Meal boxes until you receive replacement toys.

The toys without game tickets and generic boxes will begin arriving as early as today and should be used immediately and until depleted, which we expect will be on or around Dec. 2.

Although some of the toys did briefly return — my local McDonald’s had four options available as of last week — it has now been confirmed that the remaining toys in the Disney World Happy Meal series will NOT be coming back. ITM spoke to multiple McDonald’s restaurants, all of whom confirmed this sad news for Disney toy collectors.

As a matter of fact, some restaurants are even giving away the display boards and sample toys [above].

How many of the McDonald’s Disney World Happy Meal toys did you get? Were you able to complete your train?