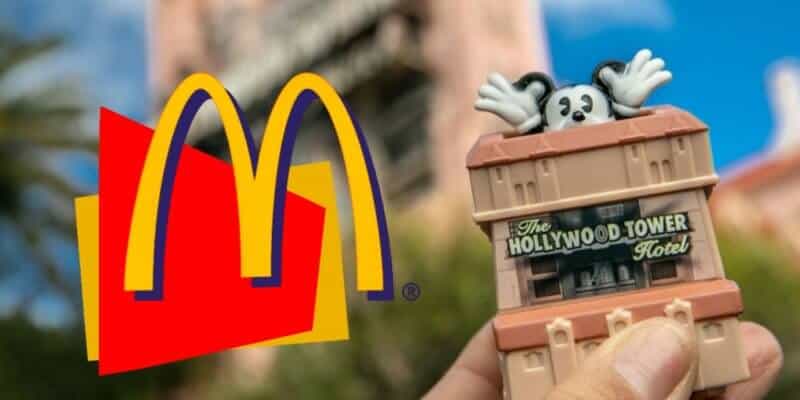 Disney recently partnered with McDonald’s to produce some super cool Happy Meal toys that all represent different Disney World attractions and create a big, magical train of the best rides at the Disney Parks. The toys were recalled due to a non-safety issue, but it seems they are now back in Happy Meals everywhere.

McDonald’s Disney World Happy Meal toys are all themed to the major attractions at Disney World and they are:

Mickey and Minnie’s Runaway Railway toy seemed to be the first to be released from McDonald’s but was quickly recalled. We then reported that the QR codes that were attached to the codes were incorrect so all of the toys had to be recalled.

Sometimes simple things just touch my lil heart. Boyfriend showed up with a surprise Happy Meal for me, because he remembered me saying they had Disney World toys.

Sometimes simple things just touch my lil heart. Boyfriend showed up with a surprise Happy Meal for me, because he remembered me saying they had Disney World toys ?? pic.twitter.com/CXdz3PiBPx

First of all, there are a few things that we are happy to see. First, it looks like the McDonald’s x Disney World toys are back. Considering how collectible and coveted these toys are, many Disney fans are likely to be headed to a McDonald’s drive thru to order a chicken nugget Happy Meal. Second, We love that Desiree’s boyfriend brought Desiree the Disney World toy! Truly a Prince Charming.

Do you want to collect the McDonald’s Disney World Happy Meal toys?