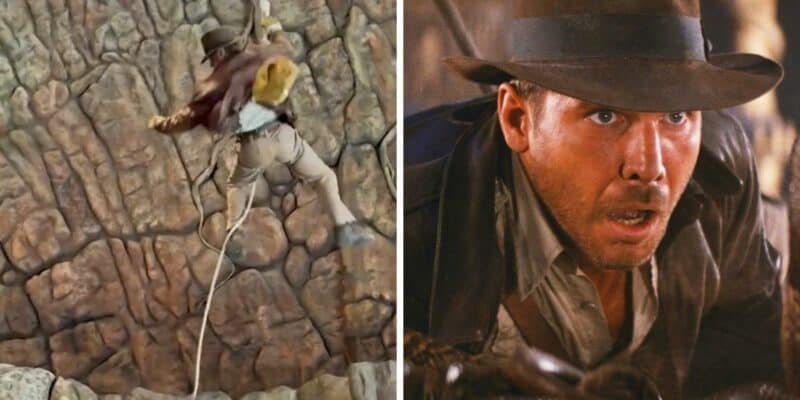 If you’ve been missing John Williams’ iconic theme tune playing loudly as Indiana Jones showcases his epic stunt skills, then you’re in for a treat.

Disney Guests in both Walt Disney World and Disneyland Resorts have been looking forward to the phased return of live shows in the Parks, with entertainment Cast Members finally being brought back after the forced shut down of the theme parks amid the COVID-19 pandemic.

We’ve already seen the return of the beloved “Festival of the Lion King” at Disney’s Animal Kingdom, as well as Mickey Mouse character “sightings” at Magic Kingdom and the hilarious “For the First Time in Forever: A Frozen Sing-Along Celebration” at Disney’s Hollywood Studios.

In fantastic news for Disney fans, Disney Parks revealed last month that Indiana Jones™ Epic Stunt Spectacular! will return on December 19, 2021. The official webpage for the popular live show has showtimes listed for its reopening day at 12:00 p.m, 1:15 p.m., and 3:15 p.m. EST.

Based on Steven Spielberg’s popular Indiana Jones franchise starring Harrison Ford, Sean Connery, and Karen Allen, the stunt spectacular features numerous stunts, moving sets, and explosions. It is yet to be known if the fun audience participation portion will still be a part of the show when it returns in a couple of weeks.

Disney Parks shared an exciting sneak peek at the Indiana Jones™ Epic Stunt Spectacular!, with Indy returning in his famous fedora hat arriving onto the set of the eagerly-awaited show:

The TikTok video features the first minute of the show, with Indy dropping down from the ceiling and investigating some rocks before looking straight at the camera.

Unfortunately, those eagerly awaiting the release of Indiana Jones 5 now have a longer wait than anticipated. Disney announced back in October the theatrical delay of multiple upcoming movies, including an 11-month pushback on Indy from July 29, 2022, to June 30, 2023.

Are you excited about the return of Indy and Marion in Disney’s stunt show?