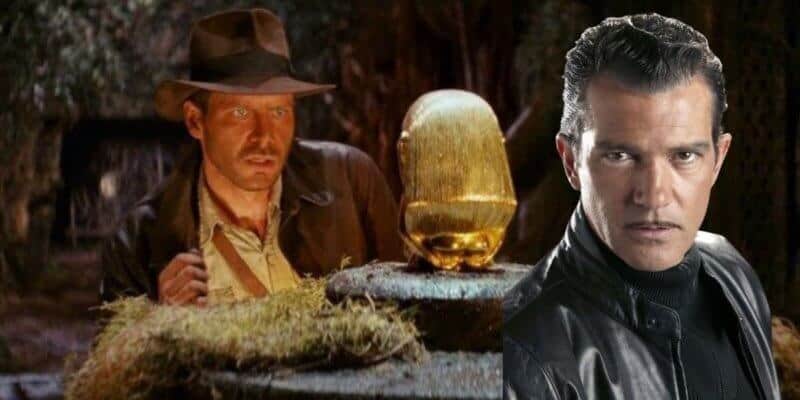 Although Harrison Ford may have recently been injured while rehearsing for Indiana Jones 5, leaving the actor in a sling, the production is still moving forward with full steam ahead.

Many Indiana Jones fans are very excited to see the newest installment to the franchise, especially considering how it has been years since the previous film, Indiana Jones and the Kingdom of the Crystal Skull (2008), was released. Now that we know the fifth film is in development and filming, uncovering the cast is the next big question at hand.

Of course, we know that Harrison Ford is returning as Indiana Jones in the Lucasfilm production. Ford is being joined by Mads Mikkelsen (Fantastic Beasts 3, Rogue One: A Star Wars Story), Phoebe Waller-Bridge (Solo: A Star Wars Story), Boyd Holbrook (Logan, Gone Girl), Shaunette Renée Wilson, and Thomas Kretschmann (Avengers franchise). Now, we have a new development for the cast.

It has just been confirmed that Antonio Banderas (Shrek 2, Zorro) will be joining the cast, as well. The Oscar-nominated actor is being labeled as a co-star to Ford; however, we do not currently know the specifics about his role.

Steven Spielberg will not be directing Indiana Jones 5, as we have noted, but will continue to remain a producer on the film. James Mangold (Logan) will take over the directing reigns.

At the moment, we do not have too much information regarding the film’s plot. It was reported at one point that the movie would take place in space, although the latest rumors indicate that it will take place during the space race of the 1960s and may somehow involve a space setting. That being said, neither of these rumors have been confirmed at this time, but we’ll report back when more information is revealed.

Banderas is an A-list actor who has had a very successful acting career, so it would be surprising to see him be featured in the film without holding a prominent role. We will have to wait and see what comes of his role as more information is announced.

What do you think of this new casting announcement? Let us know in the comments below!