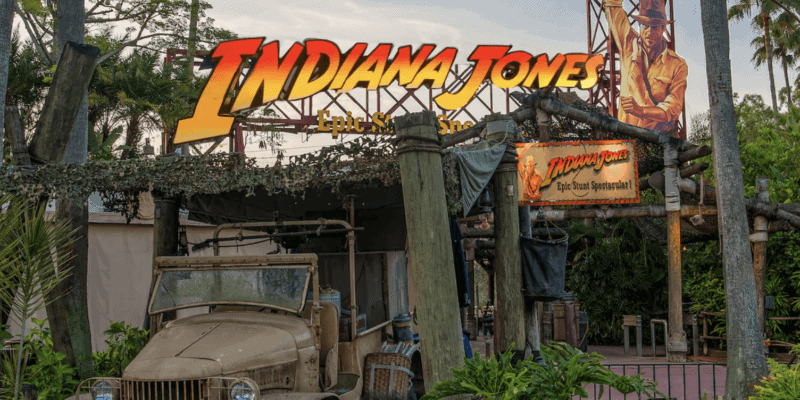 If there is one thing that Walt Disney World Resort Guests are currently missing, it is entertainment.

Due to the tens of thousands of layoffs that occurred company-wide, most entertainment options were suspended at all Disney World theme parks, including the fantastic stage shows.

Related: Will Harrison Ford Reprise Indiana Jones Not Once, But Twice?

That being said, Disney has recently announced that the Festival of the Lion King show would be returning to Animal Kingdom, which was amazing news for all Disney fans!

Disney also had noted that entertainment would return to Disney in the future, and when announcing Festival of the Lion King shared, “We are thrilled to be starting the process of bringing back to work more singers, dancers, technicians, and other cast members, from one of the most popular shows at Walt Disney World Resort”, which was a statement not singular to the one show, but seemingly, many at Disney World.

Now, interestingly, Disney has filed a permit for Indiana Jones Epic Stunt Spectacular’s theater at Disney’s Hollywood Studios. The permit is to “Provide labor, material and/or electrical for construction” and is being contracted by Buena Vista Construction Company, who often does work for Disney.

Although it has not yet been said by Disney, as a fan of the show, I cannot help but speculate that this could mean that Disney is looking to get the theater ready to reopen.

Not only has Disney already clearly thought of a plan as to how to bring stage shows back safely, due to their announcement of the return of Festival of the Lion King, and the ongoing For the First Time in Forever: A Frozen Sing-Along Celebration — but Indiana Jones Epic Stunt Spectacular is a huge outdoor theater that would easily allow for social distancing and could very well be the next announcement of what entertainment will be returning to Disney World.

Although there is some audience participation in the show, that is something that is not necessarily essential, and Disney could easily modify those sections to input something new to fill the time.

All of this being said Disney World has yet to announce if the show will be returning, and the permit may just simply be for ongoing maintenance in the theater. For now, we will need to wait and see what occurs.

Would you want to see Indiana Jones Epic Stunt Spectacular return to Disney World? Do you think that this permit could mean a return of the show is forthcoming?