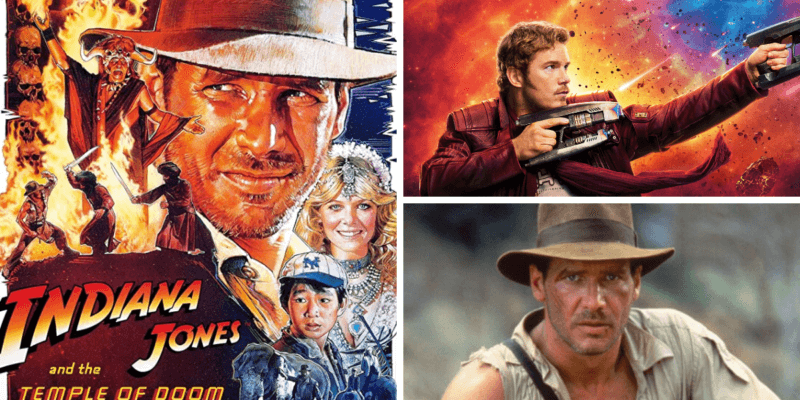 As the rumor that Chris Pratt is bound to replace Harrison Ford as the younger Indiana Jones grows momentum, it should be noted that the original Indiana Jones trilogy allows for such movies to be made without drawing too much concern to its original timeline. This is all thanks to the second film, Indiana Jones and the Temple of Doom.

The second and arguably the scariest film of Lucasfilm’s most popular non-Star Wars franchise actually takes place years before the events of the first film, Raiders of the Lost Ark, and it is here that we see Indiana Jones as a younger, single, more reckless, and charismatic adventurer than the seasoned, tied-down professor that we saw in the previous film.

We also know that there is a ten-year gap between the beginning of Raiders and the last time Indy and his old flame, Marion Ravenwood, were together. So just as Temple of Doom‘s setting permits the existence of a new leading lady like Willie Scott, so too could other short flames pop up and create some hilarious incidents.

This potential was explored in several parts of the film. It begins with Indy essentially as a “gun for hire” archaeologist completing a job for a Chinese mafia boss, and then during the infamous dinner scene at Pankot Palace, he the Prime Minister brings up a few stories that suggest Dr. Jones has a rather infamous reputation throughout the world.

In this way, George Lucas proves a subtle genius by showing the world how sequels can bolster the insurance of a franchise by making a sequel coincidentally a prequel and one that is completely separated from the first film. This is fertile soil for many more Indy stories to be developed and shared.

But there are a few key issues. Harrison Ford was 40 years old when he filmed Temple of Doom, and Pratt is already 41. Harrison Ford, who takes personal ownership of the character, has also gone on record to say Indiana Jones will die with him:

At this point, only time will really tell if Pratt will be chosen to dawn the iconic fedora, but what does seem to be clear is if Lucasfilm wanted to tell more Indiana Jones adventures, the door is wide open.

A fifth Indiana Jones project starring Harrison Ford is currently underway with filming set to begin this spring and the release scheduled for July 2022.

Could you see Chris Pratt starring as Indiana Jones? Why or why not? Let us know in the comments!