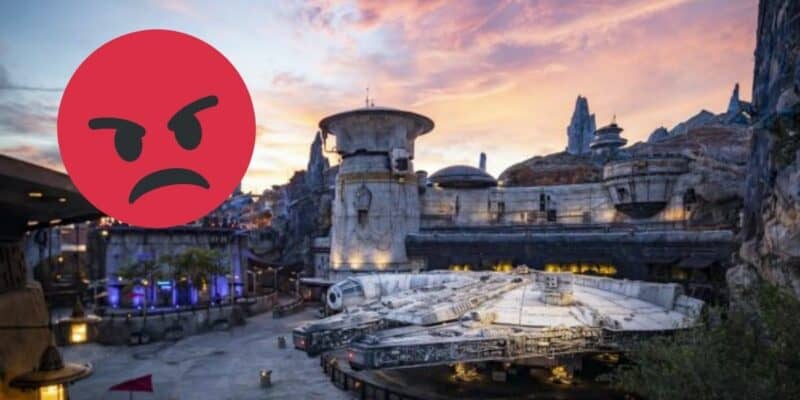 ‘Tis the season to be jolly…and visit Disney for the festive season!

With Walt Disney World Resort and Disneyland Resort continuing their phased reopenings after the pandemic forced them to shut down, Guests are now packing the theme parks for Christmas.

But along with crowds come long wait times. And not just for famous attractions like Rise of the Resistance and Seven Dwarfs Mine Train – but also on the phone.

With the 50th celebration at Walt Disney World in full swing, Disney has introduced new nighttime spectaculars like Disney Enchantment in Magic Kingdom and Harmonious in EPCOT, both of which made their debut on October 1, 2021.

But with all of these celebrations and festivities happening at the Disney Parks, along with staff shortages after the pandemic, Guests are facing outrageously long holds when trying to reach a Cast Member for assistance.

Walt Disney World Resort’s four theme parks — Magic Kingdom, EPCOT, Disney’s Animal Kingdom, and Disney’s Hollywood Studios — have all seen sold-out Park reservations recently, and Cast Members have been enduring staff shortages both in and out of the Parks.

Over the last few months, Guests who have been trying to contact Walt Disney World to deal with issues regarding a Disney vacation or reservation have been waiting multiple hours to get through to a Cast Member.

Many Disney Guests are reporting upward of 5 hour wait times on hold to try to talk to someone, which is obviously very unbecoming of Disney’s reputation for Guest service.

The Disney Reservation Center, based in Orlando, Florida, deals with Guests through live chat and phone calls and has been suffering from a Cast Member shortage backed up from the COVID-19 pandemic.

Of course, there is also usually a high turnaround with new hires as these Cast Members talk all day to Guests with predominantly negative issues that need resolving.

Back in September, Inside the Magic tried calling Walt Disney World Resort regarding an upcoming vacation package and waited over four hours before a Cast Member answered at the 4-hour and 12-minute mark.

Many Guests have taken to social media to complain about these ridiculous hold times, with Twitter user @JennySperandeo calling it “unacceptable”:

Sitting on hold with @WaltDisneyWorld for 4 hours is UNACCEPTABLE!!!

Sitting on hold with @WaltDisneyWorld for 4 hours is UNACCEPTABLE!!!

Another user, @USCOP1, described their experience trying to contact Disney as not being user-friendly, explaining that the call back time was over 2 hours:

@WaltDisneyWorld, my #waltdisneyexperience, is horrible website, not user friendly, shame on a multi billion $ company, I am unable to change a reservation while I on phone with a Disney rep. I tried and everything she said. Phone wait time was 45 min, call back wait two hrs.

@WaltDisneyWorld , my #waltdisneyexperience, is horrible website, not user friendly, shame on a multi billion $ company, I am unable to change a reservation while I on phone with a Disney rep. I tried and everything she said. Phone wait time was 45 min, call back wait two hrs.

Twitter user Faye was trying to make a reservation to actually give Disney money, aiming to find time to build a lightsaber and droid in Star Wars: Galaxy’s Edge at Disney’s Hollywood Studios:

@jillysriser had a 135 minute hold time to talk to a Disney Cast Member, and talked about their phone call tactic:

On hold with Disney. 135 minute wait. I’d mute my phone, but then I wouldn’t know when someone actually picks up.

On hold with Disney. 135 minute wait. I'd mute my phone, but then I wouldn't know when someone actually picks up.

And @theRealCammy_G joked that the hold time for Disney’s technical team is longer than the wait time for one of Walt Disney World’s most popular rides, Rise of the Resistance:

Coming soon from Disney, Lightening Lane Customer support. For $25 per call you can skip the hold time.

Coming soon from Disney, Lightening Lane Customer support. For $25 per call you can skip the hold time.

The hold times may also be due to the launch of Disney Genie+, with the new digital service suffering malfunctions and errors that have increased the demand on Guest Relations.

On October 19 in Walt Disney World and December 8 in Disneyland, Disney Genie officially launched on the My Disney Experience app, along with Disney Genie+ and Lightning Lane access, the new paid iteration of what was previously the FastPass service.

Disney Genie+ charges Disney World Guests $15 per person per day to utilize the Lighting Lane — the old FastPass+ queue. Disney Guests are able to pick one return time at a time for select attractions and skip the lines when their turn arrives.

On its launch day this month, Disney Genie+ went down for multiple hours and caused long lines to build for Guest Relations.

We’ve previously provided tips on if you want to avoid having to call Disney to cancel a reservation. If you’re approaching the 24-hour cancelation mark, see if you can modify the reservation for a future date. This will take you out of the 24-hour range without charge and allow you to cancel easily.

So, if you’re looking to call Disney about making or changing a reservation in the near future, make sure you’ve got a good Disney movie on in the background and some coffee ready for the wait.

Have you experienced long hold times on the phone with Disney recently? Let us know!