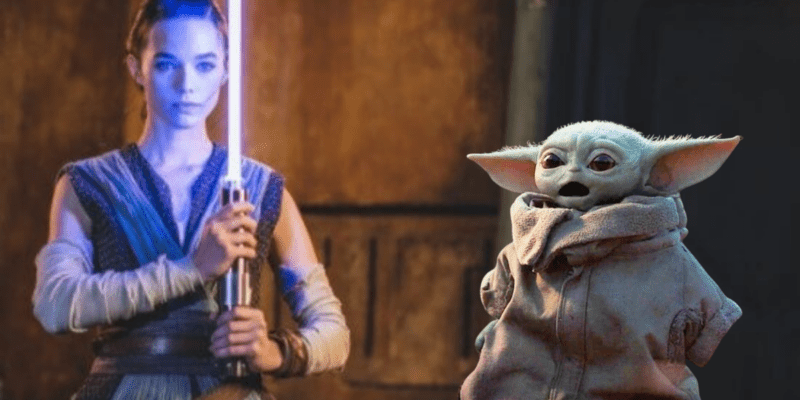 A select few lucky journalists got to preview the Halcyon before its official launch in March 2022, and revealed a surprising piece of news about the famous “real” lightsaber.

The Star Wars: Galactic Starcruiser has been described as a unique experience that Walt Disney Company CEO Bob Chapek has promised will leave Guests “blown away”.

Galactic Starcruiser Guests will experience an immersive hotel stay that Walt Disney World Resort has never seen before. It is truly going to be an experience to remember for both Star Wars superfans and for Guests who haven’t even seen a Star Wars movie.
Characters like Chewbacca, Rey, and Kylo Ren will all be on board and Guests will take a port excursion to Batuu’s Black Spire Outpost in Disney’s Hollywood Studios at Galaxy’s Edge.

Star Wars fans were looking forward to wielding what Disney has described as a “real” lightsaber, with a laser blade appearing like it was actually igniting and extending.

The “real” lightsaber was first unveiled by Disney in April 2021, before making its way onto the Star Wars: Galactic Starcruiser promotional video.

Now IGN has reported that this lightsaber will not be sold to Guests, and is only for use by Cast Members. From a special preview event, IGN writes:

“Unfortunately, that lightsaber isn’t for guests to use or purchase. It’s strictly for use by the performers.”

Disappointed Guests will, however, be scheduled for lightsaber training onboard the Halcyon, which will inevitably please every wannabe Jedi:

“The session involves using the provided lightsabers to deflect laser beams fired by a wall-mounted training remote. It starts off slow, letting you get a feel for how it works, and then it ramps up to Jedi level where you’re Forced to block attacks without even seeing the lasers. The lightsaber used in this activity feels about on par with a Force FX lightsaber, though it is a tad shorter, but it’s only meant to be used for lightsaber training and won’t be available for sale.”

You can watch the “real” lightsaber in action in the Starcruiser teaser below:

Star Wars: Galactic Cruiser will have 100 cabins and suites on board, and is selling out quickly despite its hefty price tag. Reservations for the two-night experience are fully booked up until the month of June 2022.

The high rate of bookings comes at no surprise, as this hotel is a first-of-its-kind immersive experience perfect for Star Wars fans of all ages, including the excursion to Galaxy’s Edge in Disney’s Hollywood Studios.

What do you think about this Starcruiser revelation? Were you excited to wield the “real” lightsaber?