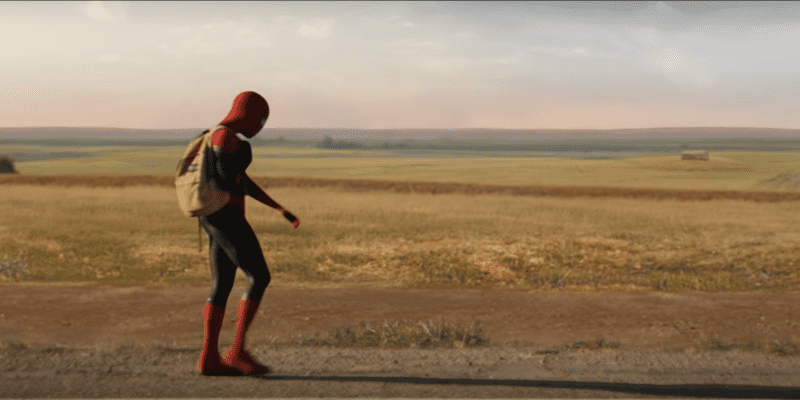 There has been intense speculation the last few months over the plot and cast for Kevin Feige’s upcoming Marvel Cinematic Universe movie, with the recent trailer only serving to cause more suspicion.

Every Marvel fan is ready to see the Sinister Six from Marvel Comics make their live-action MCU debut in No Way Home and take on the web-slinging Avenger, and now fans have been gifted another video of Tom Holland in his titular role.

The official trailer for Jon Watts’ No Way Home broke the internet this week, with the upcoming movie seeming to be the most anticipated movie in the Marvel Cinematic Universe since Avengers: Endgame (2019).

Now, a new video sees Tom Holland’s Spider-Man getting a ride from his classmate Ned (Jacob Batalon) in a new advertisement for the all-electric Hyundai IONIQ 5.

In Spider-Man: No Way Home, Marvel Studios and Hyundai have a partnership that sees Hyundai cars feature in the upcoming movie.

The new crossover commercial from this partnership is called Only Way Home and opens with Peter Parker hiding out in a motel room watching Jameson (J.K. Simmons)’s broadcast calling him a criminal.

Tom Holland’s titular character exclaims “It’s time to clear my name” before it’s hilariously revealed he’s actually in the middle of nowhere with no buildings to swing from.

After singing his own theme song while wandering along a country road, Spider-Man hitches a ride with Ned in the Hyundai car:

“Spider-Man, Spider-Man. Is he stranded? Yes he is…”

Marvel fans are teased with Peter setting the vehicle’s navigation to 177A Bleecker Street, the address of Dr. Strange’s Sanctum Sanctorum, while the two classmates play ‘I Spy’.

Interestingly, the commercial is directed by No Way Home director Jon Watts and though not canon includes many references to Spider-Man: Far From Home, such as Jake Gyllenhaal’s Mysterio as a scarecrow.

You can watch the humorous ad below:

What do you think of this new ‘Spider-Man’ ad spot? Let us know!

Comments Off on Tom Holland “Stranded” In New ‘Spider-Man: No Way Home’ Video