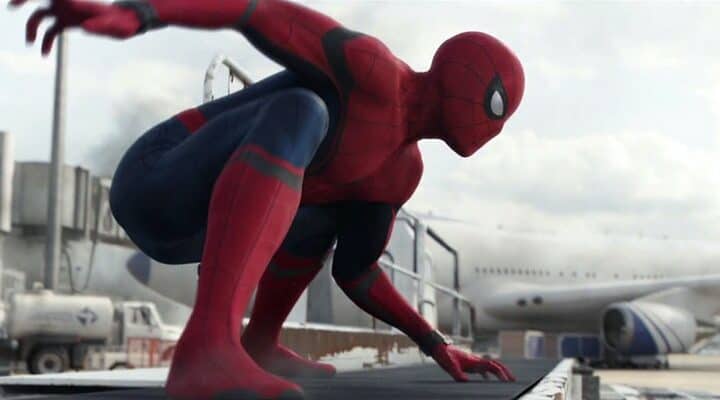 There’s at least one Spider-Man actor we know for sure that won’t make an appearance in Jon Watts’s Spider-Man: No Way Home (2021). While Sony Spider-Man actors Tobey Maguire and Andrew Garfield have not confirmed participation in Marvel’s Tom Holland threequel, Spidey fans fully expect to see multiple Peter Parkers meet up in the Marvel Cinematic Universe.

Perhaps forgotten in the run-up to the upcoming Multiverse mash-up is the original actor to lead a Spider-Man series on television — Nicholas Hammond.

Related: ‘No Way Home’ Director Says This is the “Endgame” For Spider-Man

Nicholas Hammond was a live-action Peter Parker long before Tobey Maguire suited up in the old red and blues for director Sam Rami’s Spider-Man trilogy. In The Amazing Spider-Man TV series that ran on CBS Hammond portrayed Peter Parker for 2 seasons from 1977 to 1979.

A No Way Home is rumored to include not only Tobey Maguire and Andrew Garfield, but also a host of throwback Sony villains. Big names like Norman Osborn/Green Goblin (Willem Dafoe), Doctor Octopus (Alfred Molina), and Sandman (Thomas Hayden Church) from the Spider-Man series, and Amazing Spider-Man baddies like Electro (Jamie Foxx), Lizard (Rhys Ifans) are widely considered locks for the conclusion of the Homecoming trilogy.

As long as the Marvel Multiverse is bringing up the past, why not go all the way back to the 1970s? Speaking to THR, actor Nicholas Hammond was hoping for a call from Marvel Studios and Sony Pictures, but that ask was never made. Hammond explained:

Despite the disappointment, the Australian actor — who recently made a scene-stealing appearance in Quentin Tarantino’s Once Upon A Time in Hollywood (2019) — remains a Spidey fan. Hammond says he particularly enjoys Tom Holland’s portrayal of Peter Parker:

“Tom Holland’s version is the closest to what we were doing; trying to make him very much a real guy, someone who you could actually forget he had these powers and get caught up in Peter’s story,”

While Hammond swears he’d jump at the chance to appear in Spider-Man: No Way Home — due out December 17, 2021 — at this point who actually knows who’s in and who’s out for the most hyped crossover movie in recent memory. Tom Holland and Marvel Boss Kevin Feige are doing their best to manage Marvel fan expectations with a straight face, but that won’t stop fans from expecting their wildest MCU fantasies to come true.

We may see who else will pop up in the film, in the highly anticipated No Way Home final trailer.

Into the CBS Multiverse

Back before the Marvel Cinematic Universe begat the Marvel Multiverse, there was an oft-forgotten “prototype” — the CBS superhero series-verse of the 1970s. In fact, one reason that CBS canceled The Amazing Spider-Man was to combat their reputation as a one-trick “Superhero network.”

How many versions of Peter Parker and Spider-Man are you expecting in Spider-Man: No Way Home? Let us know in the comments!