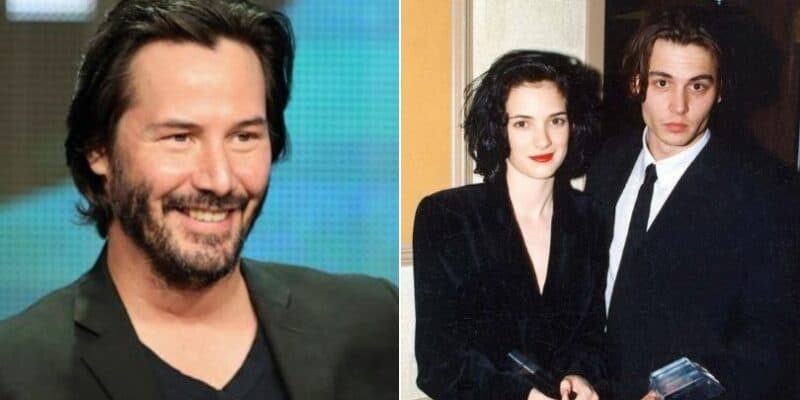 John Wick star Keanu Reeves (Speed, Toy Story 4) has recently been on Disney fans’ minds with casting rumors about the actors swirling in both the Star Wars and Marvel fandoms.

Star Wars fans, for example, are convinced that Reeves would make the best live-action version of Old Republic-era Sith Lord Darth Revan, while Marvel fans are hoping the rumors of the Hollywood star taking on the role of Kraven in Sony’s Marvel Universe are true.

The Matrix trilogy star is no stranger to super hero movies — and box office smash hits. He played the title character in DC Comics’ Constantine (2005) and has been approached for multiple Marvel projects, according to Marvel Studios President Kevin Feige, so although neither of these moves has been confirmed, it wouldn’t be surprising to see Reeves join either mega-franchise.

Related: ‘Pirates’ Star Prematurely Excites Fans, Congratulated on Being “the New Doctor Who”

In a recent interview, Reeves shared that he and Ryder — who was engaged to Disney’s Pirates of the Caribbean star Johnny Depp from 1990 until 1993 — are still “married in the eyes of God” because Coppola insisted on using real clergy for their wedding scene in the vampire film.

“We did a whole take of a marriage ceremony with real priests. Winona says we are. Coppola says we are. So I guess we’re married under the eyes of God.”

Related: Here’s Why ‘Lightyear’ Will Probably Inspire a ‘Woody’ Spin-Off

Ryder — who has gone to bat for ex-fiance Depp amid his ongoing domestic violence legal battle with ex-wife Amber Heard (Aquaman, Aquaman and the Lost Kingdom) — previously shared:

You can watch Reeves’s full interview below:

What do you think about Reeves and Ryder possibly being legally wed?