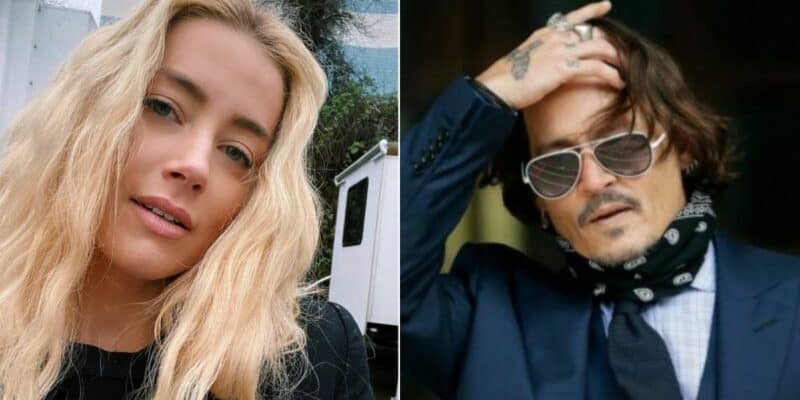 From Jack Sparrow to Edward Scissorhands, Johnny Depp has performed unique takes on roles that have entertained fans for decades.

Now it seems his personal life will be the subject of entertainment, with a new documentary being commissioned that investigates his bitter divorce from actress Amber Heard.

His 18-month-long marriage to Amber Heard resulted in a years-long divorce battle beginning in 2016, in which Heard claimed that Depp was abusive towards her. Johnny Depp even filed a lawsuit against — and subsequently lost — the British newspaper The Sun after they called him a “wife-beater”.

Depp recently won a case, however, where he demanded to see whether or not the $7 million he paid to Heard had been donated to charity, as his ex-wife had promised it would be.

Now, according to The Hollywood Reporter, Discovery+ has ordered Johnny vs Amber, a two-episode documentary that “tells the story of the breakdown” of the relationship between Johnny Depp and Amber Heard and “how it tipped into the celebrity court case of the decade.”

Produced by Optomen, the Discovery streamer said the program would tell “this international cover story from two polarized perspectives.” It explained: “Johnny’s film will portray that he found himself married to a Machiavellian liar who would stop at nothing to protect her image. While Amber’s film explores how she married the man of her dreams only to see him turn into a violent drug-fueled monster.”

The new documentary will attempt to be neutral in its approach, featuring lawyers involved on both sides and people “close to the pair,” as well as footage and audio recordings filmed by the stars themselves. This is not the first documentary push as a British network announced the possibility of a different documentary called Depp vs. Heard.

Recently, Pirates of the Caribbean star Johnny Depp spoke out about Hollywood’s reaction to the case against him. Depp has been chastised for Heard’s alleged abuse and has been dropped from multiple projects, including losing his role as Grindewald in the Fantastic Beasts franchise.

Amber Heard, on the other hand, has been able to continue working on big Hollywood projects such as Aquaman 2, despite fans taking issue with the fact that Heard admitted to being the aggressor in some of their heated arguments.

“The series provides an in-depth insight into the epic battle that powered #JusticeforJohnnyDepp and #IStandWithYouAmberHeard fan campaigns and the very public High Court case that gripped us all. Optomen has done a fantastic job turning this multi-layered story into something both engrossing and horrifying.”

Charlotte Reid, VP of Commissioning and Entertainment at Discovery, added:

“The story of what happened between Johnny and Amber continues to be hugely divisive, between fans and the public at large. We set out to make a documentary that would explore the story from each of their perspectives, so the viewer can go beyond the headlines, understand who they are, and decide who they should believe in this complex human story. We think it’s a compellingly contemporary story on truth and lies that we hope will open up a conversation with our viewers on Discovery+.”

A release date has yet to be confirmed, but stay tuned to Inside the Magic for future updates on Discovery’s Johnny vs Amber.

What do you think about this documentary being produced? Let us know in the comments.