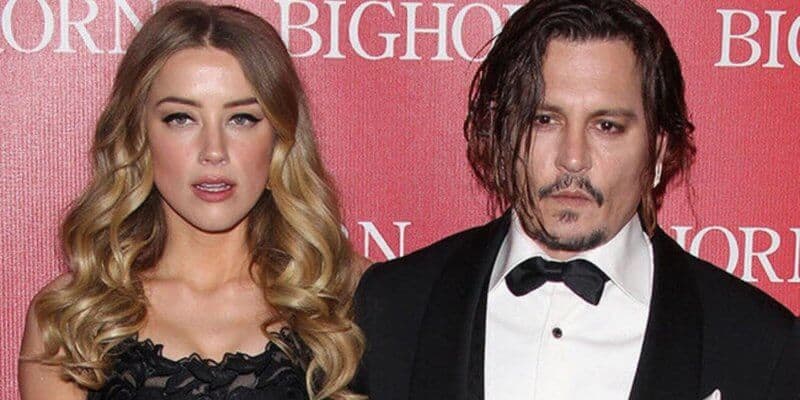 Johnny Depp may have sailed the seas as Captian Jack Sparrow — but it looks like a new storm is headed this pirates way, and may pull him under.

Johnny Depp and his ex-wife Amber Heard (Aquaman) are in a legal battle for a $50 million defamation suit imposed by Depp and the actress’ $100 million counterclaims. Depp has recently lost a high court libel case against U.K. tabloid newspaper The Sun who accused him of domestic abuse and domestic violence which set off a chain reaction that caused the actor to lose various franchise deals.

The $150 million legal battle is turning up the heat as Ms. Heard has subpoenaed Disney. According to Deadline, Heard’s lawyer team is looking to know, “what really was going on with Mr. Depp during the ‘filming, including shooting and re-shooting, on Pirates of the Caribbean: Dead Men Tell No Tales.‘ They are also pressing for a February 18 virtual deposition from the House of Mouse on the matter.”

Deadline continues to report that Amber Heard requires, “’all information relating to documents and communications of any nature’ on Depp and ‘incidents of drug or alcohol use (including suspected drug or alcohol use)’. As well, they are seeking details about ‘any delays or tardiness caused by Mr. Depp,’ ‘any incidents of violence or abuse by Mr. Depp’ any info on imputing the actor had or ‘hiring, casting’ and ‘disagreements with the writers, directors or producers with the filming, editing and/or release of Pirates 5.'”

Johnny Depp was previously accused of holding Amber Heard hostage while the two were in Australia for Pirates of the Caribbean filming. This accusation, alongside the claims that Depp underwent a drug-fueled injury which cost Disney millions duringPirates of the Caribbean: Dead Men Tell No Tales (2017) filming, as well as claims of ecstasy use at the same time, is likely why Ms. Heard is turning to Disney to get information on the film’s star, considering her abuse allegations coincide with his Pirates filming.

Margot Robbie’s untitled pirate character is seemingly taking the place of Johnny Depp’s Jack Sparrow. Robbie is also looking to have her character be part of the LGBT+ community — but it has not been confirmed that Disney will take the character in that direction. The new Pirates of the Caribbean film will boast a female-led cast that exists within the original world of Pirates of the Caribbean, however, will feature brand new characters.

This ‘recasting’ not only set off fans in outrage, but Johnny Depp’s fellow cast members from the Disney franchise as well. Most recently, Kevin McNally, who played Captain Jack’s sidekick in all five Pirates movies to date, has said the sixth film without Depp would be “criminal”. Fan’s are even petitioning to Disney to bring the Black Pearl Captain back to his ship with almost 400,000 signatures so far!

There are now various rumors when it comes to what Depp is doing with his career. Some reports state that Johnny is looking to smaller production studios to get work, while others state that his pal Tim Burton is coming to the rescue. Most recently, we discovered that Depp is in talks to star as Gomez Addams in The Addams Family, an idea sparked by Burton. It is also rumored that the long-awaited Beetlejuice 2, which Burton has repeatedly expressed interest in directing, may come to fruition with Johnny Depp starring in the film. Whether or not the Beetlejuice revival with Depp will happen is questionable at this time considering the original film is a Warner Bros. production.

Deadline spoke with a representative from Disney who noted that Disney has yet to receive the subpoena in question, so it seems there is a waiting game until further developments are revealed. We are currently not sure where Depp’s lawyers stand on the situation. After the original high court libel battle loss, it is unclear if this continued battle will return to court, or if the two will settle.

Stay tuned to Inside the Magic as we continue to report on the Johnny Depp controversy, as well as Disney’s possible response to this subpoena.

What do you think will come of this legal battle? Do you agree with Disney’s decision to drop Depp from the franchise?