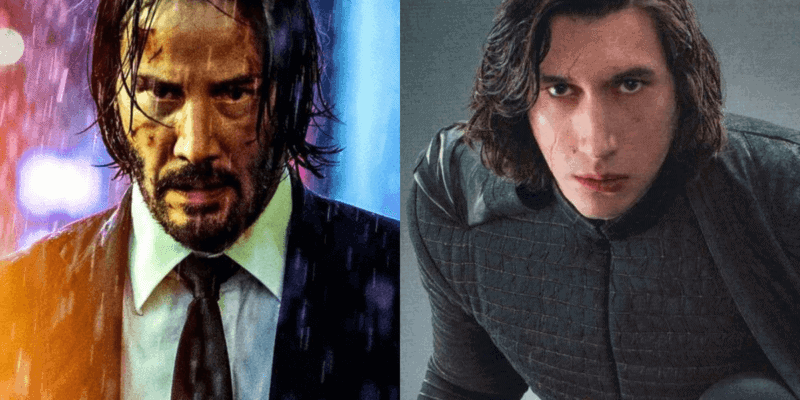 Iconic Marvel villain and frequent foe of Spider-Man, Kraven the Hunter, has been cast by Sony Pictures for an upcoming movie. Aaron Taylor-Johnson bagged the role of Sony’s Kraven, but a few other A-list actors — including Keanu Reeves and Adam Driver — were in serious contention for the Sony film, Kraven the Hunter (2023).

Since Sony and Marvel Studios have agreed to play nice and share aspects of the Marvel Cinematic Universe and the Sony Pictures Universe of Marvel Characters, Marvel fans have hoped to see more of Spider-Man’s legendary rogues’ gallery from Marvel Comics on the big screen.

Sony has been all too happy to oblige, mining the rich Marvel Comics history of Spider-Man for IP to explore. Two upcoming projects — Morbius (2022) starring Jared Leto, and Venom: Let There Be Carnage (2021) starring Tom Hardy — are already on track to play in the Marvel sandbox. Kraven will reportedly share connective tissue with elements of these two movies.

With Kraven the Hunter (2023) Sony will introduce a stand-alone film adaptation of a Marvel Comics fan-favorite baddie.  Kraven is a master hunter who grows tired of hunting big game and shifts his deadly sights onto Spider-Man. In the pages of Marvel Comics, Kraven the Hunter has clashed with other heroes, like Black Panther. Kraven is one of Spider-Man’s most well-known enemies and is a member of the notorious anti-Spidey villain team, the Sinister Six.

The source of the report explains that once Sony caught recent footage of Aaron Taylor-Johnson’s work in the upcoming film Bullet Train, they quickly moved to sign him up for Kraven.

Adam Driver, since anchoring the Star Wars sequel trilogy as villain Kylo Ren, seems to be taking a break from epic CGI-driven tentpoles, opting for character-centric fare with a smaller scope, like the upcoming House of Gucci (2021).

No stranger to Marvel characters, Aaron Taylor-Johnson is recognized by fans as Pietro Maximoff — the original Marvel Cinematic Universe Quicksilver — who took on a featured role in Avengers: Age of Ultron (2015). Poor Pietro didn’t survive Ultron, but his death continues to loom large over the MCU, as a major source of grief for Wanda Maximoff (Elizabeth Olsen) throughout the events of WandaVision.

Rumors swirl around Spider-Man 3 and the inclusion of Sony’s Spider-Man “Raimi-verse” in the Marvel Cinematic Universe. Spider-Man: No Way Home (2021) is reportedly set to include appearances by Sony Spider-Man villains Willem Dafoe as Norman Osborn / Green Goblin and Alfred Molina as Otto Octavius / Doctor Octopus.

Andrew Garfield of Amazing Spider-Man (2012) has denied the many reports that he and Tobey Maguire will reprise their Sony Spider-Man roles, adding their takes on Peter Parker to the Marvel Cinematic Universe’s version portrayed by Tom Holland. Though the rumors continue to gain traction.

Just how much Sony’s Marvel characters interconnect with the Marvel Cinematic Universe remains to be seen.

Who do you think should’ve been cast as iconic Spider-Man villain, Kraven? Do you want to see Kraven in the Marvel Cinematic Universe? Let us know in the comments!