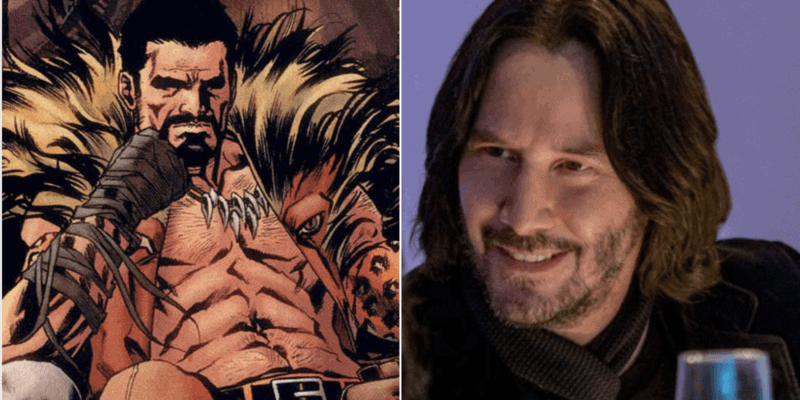 Now, Reeves might finally be making his Marvel debut, but not in Feige’s Marvel Cinematic Universe. The popular Hollywood star has reportedly been offered the leading role in Sony Pictures’ Spider-Man spinoff movie, Kraven.

Sony, as most comic book and superhero movie fans know, owns the rights to many Marvel Comics characters, including Spider-Man/Peter Parker. It is only through a special deal with The Walt Disney Company — who purchased Marvel in 2009 — that Tom Holland’s version of Spider-Man is allowed to appear in Avengers movies and other MCU films.

This particular Sony spinoff film will focus on Kraven the Hunter, a big-game hunter type who is hunting specifically for Spider-Man. ComicBook.com shared these details about their offer to Reeves:

Part of the Sony Pictures Universe of Marvel Characters home to Tom Hardy’s Venom and Jared Leto’s Morbius, Kraven is described as a “mashup” between R-rated action-dramas Man on Fire and Logan. Should Reeves accept the offer officially put out by Sony…[it would end the studio’s] years-long hunt for its Sergei Kravinoff…

In his personal life, Reeves has been dating artist Alexandra Grant.

For those unfamiliar with Kraven the Hunter, Marvel.com has shared the following description:

Kraven was a maniacal big game hunter who sought to defeat Spider-Man to prove that he was the greatest hunter in the world. Unlike other hunters, he typically disdained the use of guns or bow and arrows preferring to take down large dangerous animals with his bare hands even though he often made elaborate preparations to weaken a quarry before hand. He also used a mystical serum to give him similar strength to Spider-Man, but even without the serum he was a threat to the wall-crawler. However, Kraven’s continual underestimation of the superhero’s resourcefulness made him a frustrating quarry.

Would you like to see Keanu Reeves play a Marvel villain in a Sony movie? Or, would you prefer he appear in the MCU?