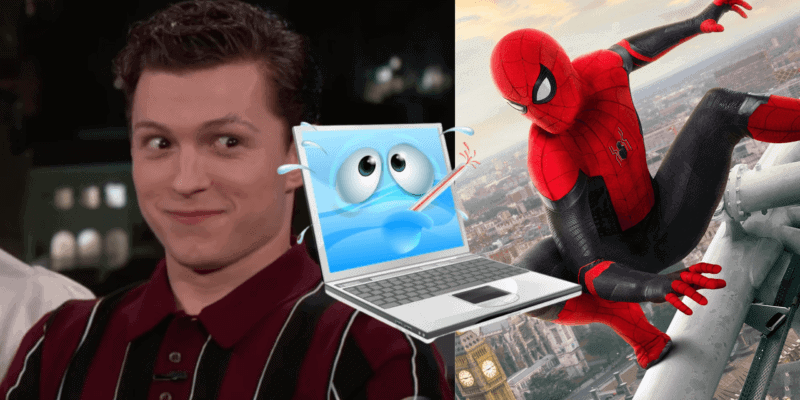 When speaking to fellow Marvel actor David Kaluuya in Variety’s Actors on Actors issue, Holland spoke about how he lost it when found out he had been cast as Peter Parker.

We’ve got to say, we can’t blame Holland. It’s the opportunity of the lifetime!

Tom Holland spills all on his Spider-Man casting

Speaking to Kaluuya, Holland first spoke of the audition process. He said;

‘It’s weird. The audition process was horrible. It was seven months of auditioning. I must’ve done six auditions, and they don’t tell you anything.’

He then said that he was put in a room with Iron Man actor Robert Downey Jr. Though the actors were discouraged from improvising, the future Peter Parker just couldn’t resist it! Especially as Downey Jr. was enjoying bouncing off the young star. Holland said:

‘There was me and six other kids, and [Robert] Downey [Jr.] was there, so we all tested with Downey, which was crazy. It’s the best audition I’ve ever done, him and I were riffing off each other. My agents told me that Marvel likes you to learn the words exactly — you can’t improvise. And then, on the first take, Downey just completely changed the scene. We started riffing with each other, and I mean, to sound like a bit of a dick, I rang my mum afterward and was like, ‘I think I’ve got it.’

Related: All 61 Disney Animated Classics and How To View Them

However, all seemed lost as Holland had heard nothing from the studio. He told Kaluuya;

‘They flew us back to Atlanta, me and one other guy, and we did this scene, which was so surreal … By that point, it had been an amazing enough of an experience that if I hadn’t got the part, I would’ve felt like I’d at least achieved something to get to that point. I went out to play golf with my dad. I lost and I was upset, and I remember going on my phone and checking Instagram, and Marvel had posted a picture of Spider-Man, of the cartoon. And by this point, I kind of had assumed I hadn’t got it, because no one had called me.’

Finally, a turning point came when the young star typed in the fateful word that would define the next few years of his young life: “Marvel”.

“I got my computer, and my dog was sitting next to me. I type in ‘Marvel.’ I’ve still got the article saved on my computer. It said, ‘We would like to introduce our new Spider-Man, Tom Holland.’ I broke my computer, because I flipped it up in the air. It fell off my bed; my dog went nuts. I ran downstairs. I was telling my family, ‘I got the part! I got the part!’ And obviously, that was right about the time when Sony had got hacked, so my brother, Harry, who’s quite tech savvy, was like, ‘No. There’s no way that’s real. They would have called you. They’ve been hacked.’ And then the studio called me and gave me the news. It was so bizarre how it happened.”

What a story. Tom Holland’s broken computer might’ve suffered, but we got arguably the best interpretation of Peter Parker yet. I think it’s a good trade-off.

Tom Holland stars in Spider-Man: Homecoming and Spider-Man: Far From Home alongside Jake Gyllenhaal. He also stars in Avengers: Infinity War and Endgame alongside Chris Evans, Chris Pratt, and Chris Hemsworth. The latter two are available for streaming on Disney+.