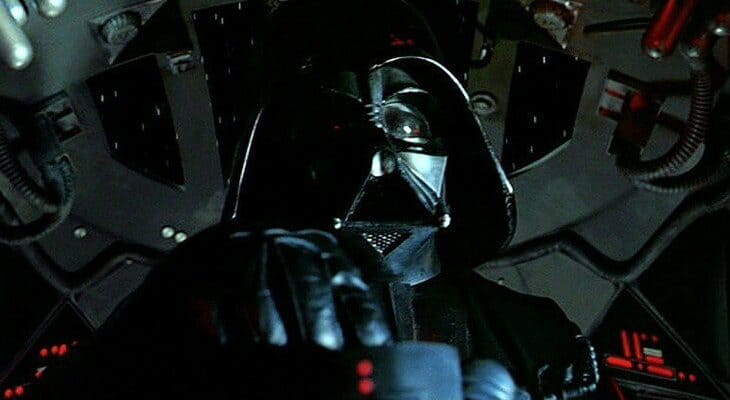 In Hollywood right now, director Mike Flanagan (Doctor Sleep, Gerald’s Game, Midnight Mass) is a key player in the horror game and, now, the hitmaker has his sights set on one of the most popular franchises in cinematic history — the Star Wars universe.

Flanagan recently shared that an earthquake shook — pun intended — some inspiration loose in his mind. He Tweeted:

Got woken up by the earthquake this morning, sat there for a few minutes just thinking “I’d really love to make a horror movie in the STAR WARS universe…”

Got woken up by the earthquake this morning, sat there for a few minutes just thinking "I'd really love to make a horror movie in the STAR WARS universe…"

With Halloween just around the corner, there’s no time like the present to consider the possibility of a horror-filled Star Wars spectacular. In fact, some of Flanagan’s social media followers are already involved in the Star Wars franchise and they are big fans of his idea.

I’ve wanted one of those for a decade. Please!

I’ve wanted one of those for a decade. Please!

Although Flanagan did not expound on exactly what storyline his Star Wars film would follow, another Hollywood heavyweight already expressed interest in an R-rated Star Wars horror plot.

Scott Derrickson — best known as the director of the Marvel Cinematic Universe’s original Doctor Strange (2016) movie — has his own idea.

In a since-deleted March 2020 Tweet, Derrickson posted, “Just asked what kind of Star Wars movie I would make. I answered that I would make Hoth, an R-rated frozen planet horror film in the vein of The Thing or Lovecraft’s In the Mountains of Madness, with zero connection to any previous characters or storylines.”

So, while we may not be seeing Jedi Knight Luke Skywalker (Mark Hamill), Princess Leia Organa (Carrie Fisher), Han Solo (Harrison Ford), or Chewbacca (Peter Mayhew/Joonas Suotamo) back in a horror-centric Star Wars plot, we could see a return to a familiar planet — at least if Derrickson gets his way.

It is important to note that no details about a confirmed Star Wars horror movie have been shared by Lucasfilm or The Walt Disney Company, though there have been rumors of a J.D. Dillard (Sleight) project that could return to Emperor Palpatine’s (Ian McDiarmid) Exegol.

However, LEGO Star Wars recently took fans to the dark side with the franchise’s first-ever Halloween special, LEGO Star Wars: Terrifying Tales, which saw, among other scary stories, Luke Skywalker turn into an Imperial pilot alongside Darth Vader.

This means there is now a precedent — albeit a canon-adjacent, animated one — for Star Wars to spend a little more time on the dark side.

Would you enjoy seeing a Star Wars horror movie?