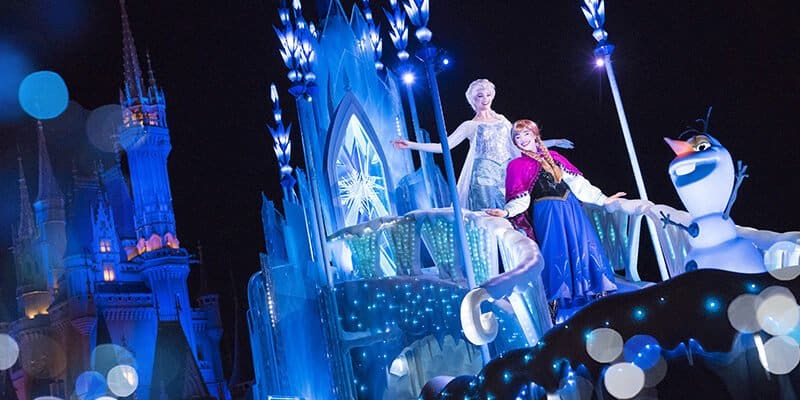 Anyone missing the twinkling lights of Disney’s nighttime parades during the pandemic is going to love this news. Disney has revealed the date for the return of Tokyo Disneyland Electrical Parade: DreamLights!

Recently, we were so excited to announce the long-awaited return of parades at some Disney Parks, with Disneyland Paris confirming that a brand new holiday parade will launch on November 13, 2021, and fan-favorite Mickey’s Once Upon a Christmastime Parade returning to Walt Disney World Resort.

This will be the first nighttime parade to return to a Disney Resort after COVID-19 closed themed parks across the globe. Tokyo Disneyland Electrical Parade: DreamLights has not been performed for 19 months, since Tokyo Disney Resort closed on February 28, 2020.

“Tokyo Disneyland Electrical Parade Dream Lights,” which is currently suspended at Tokyo Disneyland, will resume on November 1st (Monday). As a measure for the health and safety of the guests and the cast, we will change some of the production methods.

Tokyo Disneyland Resort PR also noted that there will be some alterations to the nighttime parade to accommodate COVID-19 health and safety at the Resort, for both Guests and Cast Members.

The Disney stars are literally sparkling in this nighttime parade of lights and music.
With Mickey and his pals, including characters from Aladdin, Toy Story and other Disney films, appearing on colorful floats, nighttime in the Park is even more fantasy-filled.

Japanese officials lifted the State of Emergency in Tokyo in September 2021, as well as in 18 other prefectures throughout the country. The lift came as Japan continues to push its vaccine rollout and the number of vaccinated citizens continues to grow. Once the restrictions were lifted, Tokyo Disneyland and Tokyo DisneySea were both able to increase the number of Guests allowed in the Parks from 5,000 to 10,000 per day.

Tokyo Disney is owned and operated by the Oriental Land Company (OLC) and works with The Walt Disney Company via licensing agreements.

We at Inside the Magic are so excited to see parades and fireworks spectaculars return after COVID-19. It feels like the ‘magic’ of normalcy is slowly returning, as Enchantment and Harmonious debut at Walt Disney World Resort as part of its 50th anniversary celebration, and Shanghai Disney Resort, Disneyland Resort in Anaheim, California, Disneyland Paris, and Hong Kong Disneyland all operating a phased reopening of their experiences and shows.

Are you excited for the first nighttime parade to return to a Disney park? Let us know what else you’d like to see return soon!

If you’re looking to book a trip to Tokyo Disney Resort soon, contact our friends at Academy Travel!