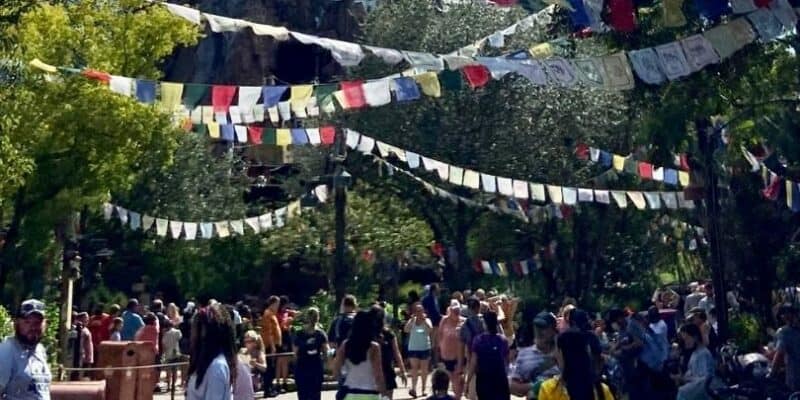 Related: Disney “Brainwashes” Guests Every Time They Enter a Park

For example, social distancing measures were in place, rides and queues had plexiglass dividers, face masks were required in all locations for Guests age 2 and up, and capacity was extremely limited.

Now, many health and safety measures have been modified in accordance with current Centers for Disease Control and Prevention (CDC) guidelines — one notable difference is that Disney has been steadily increasing capacity at its theme parks in a controlled fashion.

The last time Disney confirmed capacity for Walt Disney World, it was at 35% of the maximum. In May 2021, Walt Disney Company CEO Bob Chapek confirmed that capacity had already been increasing:

Although it is not known what Disney’s flagship theme park property’s current capacity is exactly, crowds steadily increased over the past week following a lull. This is likely due to the upcoming start of Walt Disney World Resort’s 50th anniversary celebration, which officially begins on October 1, 2021.

Now, it seems that Disney has become concerned with potential overcrowding at its theme parks, and they want Guests’ input. Select Guests who recently visited Disney’s Animal Kingdom Park were sent a survey with numerous questions regarding crowding in the theme park.

Related: Rise of the Resistance No Longer Has Boarding Groups, Draws Insane Crowd

One question in the survey asked:

“How much do you agree or disagree with this statement: ‘Overcrowding in certain areas of Disney’s Animal Kingdom made it difficult to get from one place to another in a timely manner.'”

Another question for Guests was:

“How much do you agree or disagree with this statement: ‘Disney’s Animal Kingdom is too crowded.'”

The Walt Disney World Resort survey, which took about 45 minutes to complete, went on to ask questions about whether or not overcrowding impacted Guests’ feeling of safety and security during their time in the Park.

From these questions, we can determine that capacity is top of mind for Walt Disney World Resort officials as we head into the official start of The World’s Most Magical Celebration, which is slated to last for 18 months into 2023.

At the time of publication, Disney has not publicly commented on anything related to the questions in this recent Guest survey.

Do you think Disney World is too crowded right now?