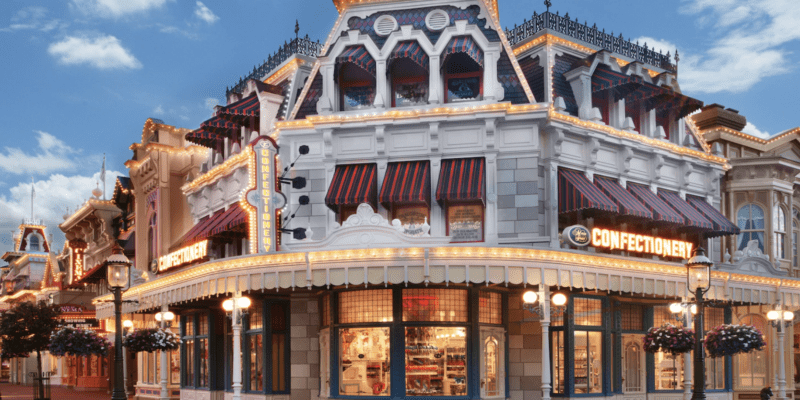 Although one could argue that walking into a Disney Park is a transformative experience for Disney fans without any help from The Walt Disney Company, a little bit of Disney magic never hurt anyone. And, as it turns out, one Disney Parks feature is actually “brainwashing” Guests every time they set foot in one of Disney’s theme parks!

TikTok user @hangryblogger kicked things off by sharing a video captioned, “Do you ever smell the churros first before seeing them at Disneyland?”

“Did you know Disneyland actually brainwashes you every time you visit? Have you ever walked by a building with a bunch of speakers on it but no sound is coming out?”

Do you ever smell the churros first before seeing them at Disneyland? #disneyland #churros #disneyeats #disneyparks

These “speakers” are actually a device called “Smellitizers” that pump various scents, designed to elicit emotional responses from Guests, into all Disney theme park properties.

TikTok user @justthenobodys originally created the audio in @hangryblogger’s viral video. His initial post [below] from June 2021 includes details about how candy shops like the Main Street Confectionery on Main Street, U.S.A., Disney Parks popcorn stands, and various rides — you know you can smell Pirates of the Caribbean right now if you think hard enough — all use Smellitizers to enhance the Guest experience.

Reply to @justmelanaa Comment what we should talk about next! #fyp #foryou

In a 2017 Fast Company interview, Jody Jean Dryer — a 30-year veteran of Disney Parks and The Walt Disney Company — shared details about how scents provide a “complete experience” in Disney theme parks:

“It’s the combination of all these things that trigger your mind to let you go places, either positive or negative,” says Dreyer, noting that Disney understands that every single piece of an experience must be tended to. “It’s being mindful that people are using all their senses.”

Think back to your favorite Disneyland ride. Maybe it’s the dusty rock-filled Indiana Jones Adventure, or the rickety, open-air Big Thunder Mountain Railroad. Whatever your attraction of choice, your memory of it might include a smell: the stuffy, musty attic air of the Haunted Mansion or the leathery dampness of the Pirates of the Caribbean, with just a hint of gunpowder and sea salt.

Related: Miguel Has Two DIFFERENT Appearances in the Disney Parks!

Another post on the topic of Disney Parks scents features the following excerpt from EPCOT CENTER TODAY,  Vol 1, No. 2 1981:

Working with the Imagineers at WED Enterprises in California, Bob McCarthy has developed “a smellitzer machine”, to add the aroma of everything from an erupting volcano in the Universe of Energy show to the tantalizing smell of a barbecue of the fragrance of orange blossoms. Each will be keyed to a particular show scene to enhance the realism of experiences in the Future World and World Showcase…

…According to McCarthy, the use of smell has fascinated the entertainment industry for a long time. “Back in the fifties, Mike Todd developed a process called ‘smell-a-vision’,” McCarthy said. “The idea was to release certain scents into the theatre as the visual counterpart was shown on the screen.” McCarthy, who worked with Todd on the project, claims there were many problems with “smell-a-vision.” “The main problems was that odors tended to linger in the air, and after a while they all blended together,” he said. “We couldn’t get the scents in and out of the theatre quickly enough.” At Epcot Center, the situation will be different because the audience will be moving through each of the many experiences in each pavilion.

So, although Disney may not ACTUALLY brainwash its Guests when they step into Parks around the world, the compnay certainly understands that scent is the strongest sense tied to memory and uses that fact to its advantage — every time you notice an aroma that reminds you of your favorite Disney Parks shop or attraction, you’re that much more likely to want to return to The Most Magical Place on Earth or The Happiest Place on Earth very soon!

Did you know how big of a role Smellitizers play in the overall Disney Parks experience?