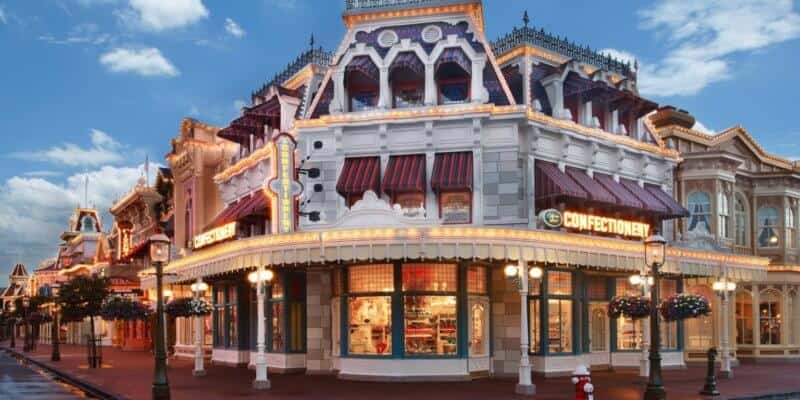 The 50th anniversary of Walt Disney World Resort — and, more specifically, the 50th anniversary of Magic Kingdom Park in Florida — is right around the corner. Disney has been continuing to keep up with theme park updates and preparations for The World’s Most Magical Celebration. And now, we have some more happy news to share!

Main Street, U.S.A., is an iconic location in Disneyland, Disney World, and other Disney Parks worldwide. Magic Kingdom’s Main Street, U.S.A., in particular, has been receiving a number of updates throughout this past year. From refurbishments to the Guest-favorite snack stop (the Main Street Confectionery) and the Main Street train station to improvements made to the famous Partners statue in the Hub, it is clear that Disney has been hard at work on making sure Main Street is in tip-top shape before the 50th anniversary festivities begin.

The most recent update is quite a meaningful one: Cast Member commemorations on more Main Street, U.S.A., windows! Commemorative windows are one of the ways that Disney Parks honor the individuals who played integral roles in that theme park or Resort’s establishment or success. On Main Street, U.S.A., you can look up at the windows that adorn the buildings and see the names of Cast Members, Imagineers, and other important people who have brought magic to that Park or Resort. This is a time-honored tradition that began at Disneyland Resort.

It was a great morning celebrating four remarkable leaders who made an impact on @waltdisneyworld – Phil Holmes, Trevor Larsen, Jim MacPhee and Djuan Rivers. Next time you’re on Main Street, U.S.A., look up to see their names alongside others who left a lasting legacy in the construction and operation of our resort. Congratulations to them on this amazing honor!

We can’t wait to visit Disney World during the 50th anniversary. Did you know that the celebration will last a full 18 months, giving Guests from fall 2021 to early 2023 to join in the fun? Click here for all the information!

Are you planning a trip to Disney World for the 50th anniversary? Let us know in the comments!