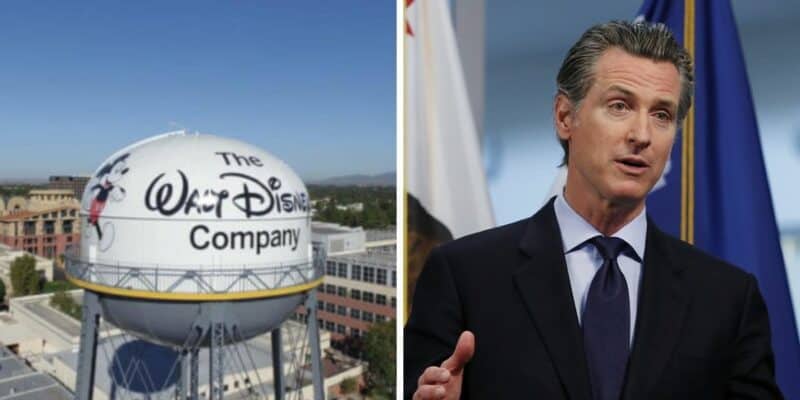 On September 14, California Governor Gavin Newsom will face a recall vote. California residents will vote whether Newsom should be recalled, and if he should be, who should replace him. Newsom has been battling a recall threat since the beginning of the pandemic, and it will culminate in just about two weeks.

However, a number of companies are helping Newsom fight the recall — including The Walt Disney Company.

Newsom has had a tumultuous relationship with The Walt Disney Company during his time as Governor. During the pandemic, former Disney CEO Bob Iger joined California’s Business Recovery Task Force which was created in April 2020, only to quit six months later during a time when Newsom refused to bend and let theme parks open earlier than he deemed safe.

In a recent report, it has been revealed that The Walt Disney Company has donated over $32,000 to help keep Newsom in the Governor’s office. According to a report from Deadline:

The Walt Disney Co. has made a $32,400 contribution to California Gov. Gavin Newsom, despite previous friction between the company and Newsom over his refusal to lift restrictions that for a time prevented the reopening of its Anaheim theme parks.

According to a filing with the California Secretary of State, the contribution was made by subsidiary Disney Worldwide Services to Newsom’s 2022 reelection campaign, which has been spending money to fight the Sept. 14 recall.

Disney is not the only company that is getting behind Newsom and supporting him for the September election. Newsom is very popular among many Hollywood businesses, and numerous companies are not only putting their support but also their wallets behind the California Democrat.

But Hollywood studios have been backing Newsom in the recall, betting that he will be able to defeat the effort to oust him. The Motion Picture Association, which includes Disney as a member, and Paramount Pictures have contributed to an independent committee to try to defeat the recall, as well as a number of industry figures. Unlike Newsom’s reelection campaign, the Stop The Republican Recall committee can accept unlimited contributions, the largest of which has come from Netflix’s Reed Hastings, who donated $3 million. Other recent donors to that committee include Jeffrey Katzenberg, who gave $500,000; Casey Wasserman, who gave $100,000; Steven Spielberg, who gave $25,000; and Barbra Streisand, who gave $2,500.

In order to remain the Governor of California, over 50% of voters must vote not to recall Newsom. If under 50% vote to keep him in, the challenger with the highest amount of votes becomes the Governor, even if they received fewer votes than Newsom.

What do you think about Disney donating to Gavin Newsom’s campaign? Let us know in the comments!