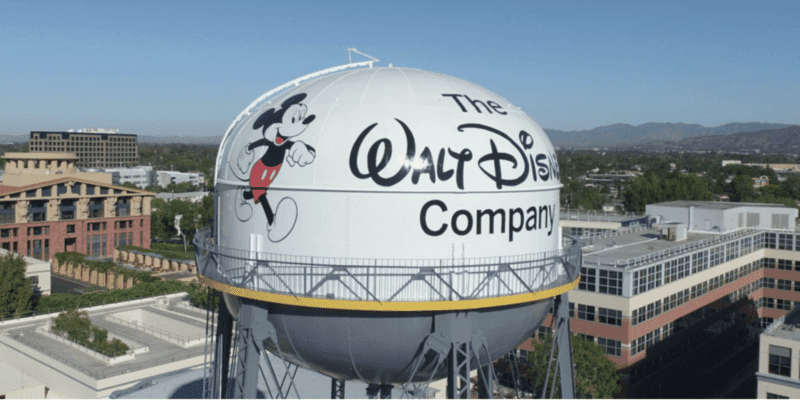 Like most of the entertainment industry’s production companies, The Walt Disney Company and all of its associated studios had to shut down filming during the height and continued effects of the COVID-19 pandemic. With unsafe environments caused by the virus, the world suffered a huge blow to its entertainment output over this past year.

Many corporations are back up and running in some capacity but that hasn’t stopped the events of the past causing a clash in the courtroom. The Walt Disney Company is facing a legal battle over a lawsuit connected to the shutdown costs relating to the pandemic.

The world undeniably shifted last year when the COVID-19 pandemic titled the world on its axis. One loss that people across the globe faced was the shutdown of many creative projects across home media, theatrical releases, live performances, and studio entertainment. Disney’s theme parks and all of their Disney Resorts also suffered closures, as did the Disney Store portfolio.

For The Walt Disney Company, which has a large market share of entertainment assets, this blow was huge for the House of Mouse. With their acquisitions of Marvel Studios, Lucasfilm and Star Wars, 20th Century Studios, Hulu, and the launch of streaming service Disney+, for example,  the shutdown meant that many Disney productions in the realm of entertainment media were postponed indefinitely.

A notable example of this was with Scarlett Johansson’s Black Widow (2021) feature film, which shifted further down the release slate in order to still have its day in theaters — although, the next movie from the Marvel Cinematic Universe will hit Disney+ simultaneously. The COVID shutdown also reportedly affected Lucasfilm shows like The Book of Boba Fett and Marvel’s, Loki. But, with health and safety measures lifting gradually, the entertainment industry is gaining steam once again now that certain restrictions are no longer in place.

While this seems like good news for The Walt Disney Company, with projects like The Little Mermaid and Doctor Strange in the Multiverse of Madness (2022) back on track, the corporation is now locked in a legal battle with an insurance firm over the costs of their extended filming shutdown.

For context, Disney sent claims to the insurer, Fireman’s Fund Insurance, to gain relief from the costs the pandemic caused when filming restrictions and shutdown protocols were put in place — notably, the “Second Wave” and “Holiday Hiatus” coverage. However, Fireman’s Fund doesn’t believe it has to pay for Disney’s request, and thus the insurer has sued the corporation for relief from the court case.

“Fireman’s Fund contends and TWDC [The Walt Disney Company] disputes that to the extent TWDC incurred extra expenses as a result of covered cast/crewmembers, who were otherwise healthy, being required to quarantine due to exposure to persons who tested positive and/or became infected, there is no coverage under the Cast Coverage,” Fireman’s assert. “TWDC further contends that coverage is available for the Second Wave Claims under the Policy’s Civil Authority Coverage,” the company’s filing goes on to say.

The report goes on to detail the loopholes in which the insurer is debating with The Walt Disney Company specifically regarding the “Imminent Peril Coverage” due to the pandemic — which Fireman’s Fund claims “is no longer imminent”.

“Fireman’s Fund contends that the Imminent Peril Coverage is not applicable because the peril, i.e. the pandemic, is no longer imminent,” the company states. “Rather, it arrived in 2020. Alternatively, Fireman’s Fund contends that if the peril is not the pandemic itself but is, instead, the imminent risk of infection that the Imminent Peril Coverage was not intended to apply where a producer, i.e., TWDC, intentionally puts the cast and crew in harm’s way by continuing production in the face of a peril that must, by definition, be imminent and of such probability and severity that it would be unreasonable or unconscionable to ignore.”

Fireman’s Fund also declares the “Holiday Hiatus” costs are not within the legal boundaries for a payout.

“It is customary in the industry for film and television productions to pause for two weeks beginning a few days before Christmas and extending until after New Year’s Day, so that cast and crew can enjoy the holidays,” the filing notes. “According to TWDC, public health authorities in Los Angeles, Atlanta and London expressed ‘elevated concern’ during the 2020-2021 holidays about then-spiking Covid-19 levels, and urged, but did not order, TWDC to extend the Holiday Hiatus for an additional 1-2 weeks.”

To put it bluntly, the Burbank-based insurer is suggesting that Disney was not ordered to extend its Holiday period and therefore the shutdown costs incurred during this extended hiatus period “was completely within TWDC’s control.”

Just as The Walt Disney Company got back on schedule, the corporation faces a continued legal battle over securing an insurance payout and judging by the insurer’s claims so far, it could be a long time until an agreement is reached between the Disney brand and their insurance provider.

What do you think about this court case between Disney and the insurance firm? Let us know in the comments.