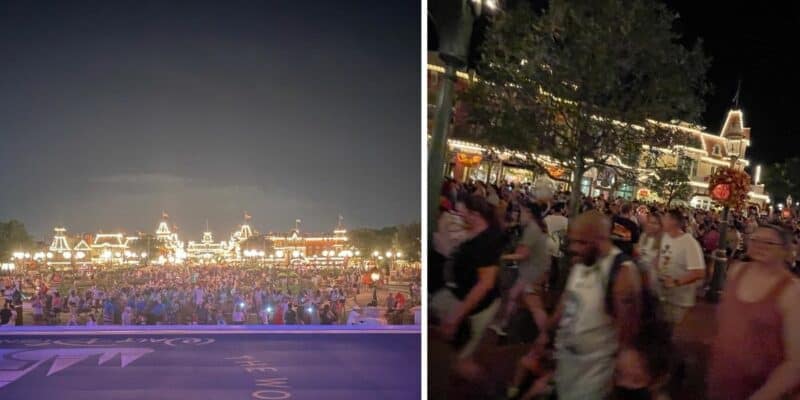 This Wednesday marks a very transitional moment in Walt Disney World history, as the 50th anniversary will begin days later, meaning some other fan-favorite offerings will come to a close.

September 29 will be the final showing of Happily Ever After at Magic Kingdom. The firework show debuted in 2017 and blew Guests away with stunning fireworks, beautiful projection mapping on Cinderella Castle, and a music compilation and arrangement that leave most of us in tears every night. Whether it’s the Moana, Frozen, Tarzan section or more, the combination of all elements makes the show one of the best Disney has ever created.

Once the 50th anniversary show, Disney Enchantment, was announced, many assumed that Happily Ever After would return after the 18-month celebration. We saw this happen with Disneyland during their 60th anniversary, and considering Wishes was around for so long, and Happily Ever After feels as if it had just begun, Guests were sure it would stick around for a few more years.

Then, Disney announced it would be ending, and fans were devastated! Now, as Guests slowly accept the fate of the show, Guests are beginning to fill Magic Kingdom each night to watch the final showings of Happily Ever After. Yesterday evening, I attended the 4th last showing of Happily Ever After and was met with large crowds.

Although Guests typically do flood Main Street, U.S.A., these crowds are different. The clapping during the show has grown much louder, and at the end, the cheering has a different meaning to it now. It is clear that Guests are saying goodbye to the show that has touched so many before it leaves.

I was quite far back on Main Street, U.S.A. and was still met with large crowds. As the show ended, you can see the hoards of Guests leaving the Park.

Afterwards, Magic Kingdom was still quite full of crowds for the final few minutes of the Park’s daily operations. You can see how many Guests were crowding in front of the castle saying their final goodbye to the show below!

Disney Enchantment is expected to blow Guests away with projections being added down Main Street, U.S.A. which is very exciting. The show will debut on October 1, officially.

Are you ready to say goodbye to Happily Ever After? Let us know in the comments below.