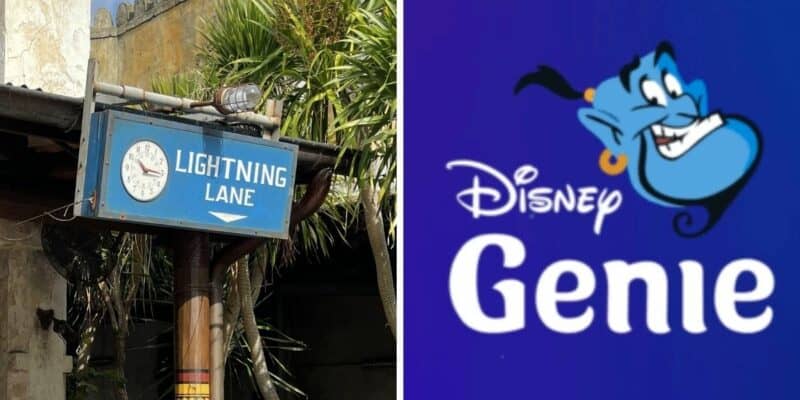 We have been reporting on Lightning Lane signage appearing on various Disney World attractions, including “it’s a small world”, Tower of Terror, Soarin’ Around the World, Pirates of the Caribbean, and more.

Now, over in Animal Kingdom, we are noticing more Lightning Lane signs taking over the old FastPass signs. The first sign we spotted was at Kiliminjaro Safaris, as seen in the photo below.