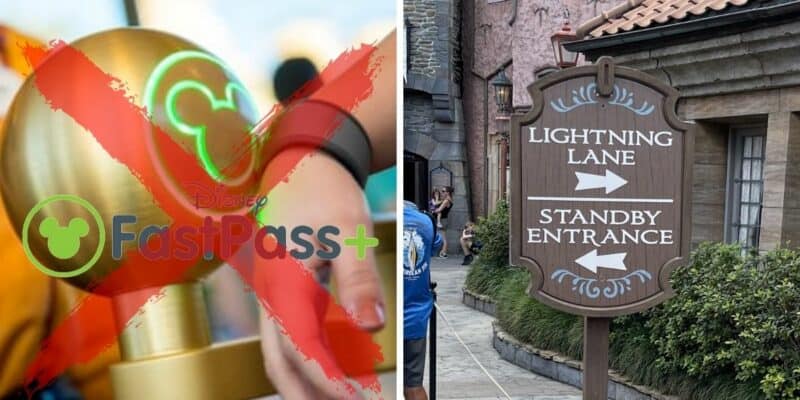 In case you missed it, Disney previously announced that both FastPass+ at Walt Disney World and MaxPass at Disneyland will be retired, and instead, Lightning Lane will debut — a paid service.

As we inch closer to the debut (though we still do not have an exact date), we are seeing more Lightning Lane signage take over the old FastPass queues at Walt Disney World. We recently reported on signs appearing at Tower of Terror at Disney’s Hollywood Studios and Soarin’ Around the World at EPCOT.

Now, on a recent trip to Disney World, we noticed more Lightning Lane signage installed — including one at EPCOT’s popular attraction Frozen Ever After.

As seen in the photo below, the words “Lightning Lane” have replaced what used to read “FastPass+”, indicating the new paid system will be coming in the near future.

We also noticed that Seven Dwarfs Mine Train in Magic Kingdom received the new Lightning Lane signage, which you can see in the photo below.

We also spotted a Lightning Lane sign installed at the Mad Tea Party attraction, also located in Fantasylnd of Magic Kingdom, as seen in the photo below.

And over in Adventureland, Pirates of the Caribbean recently received its Lightning Lane signage, as seen in the photo below.

For more information on Disney Genie, visit our website here.