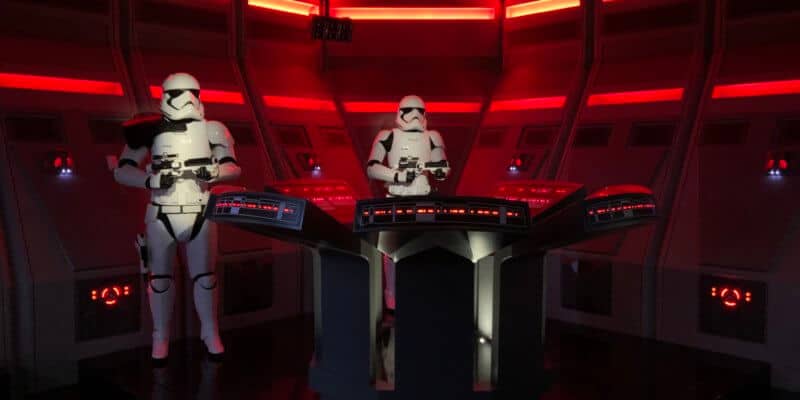 Recently, Star Wars: Rise of the Resistance at Walt Disney World Resort’s Star Wars: Galaxy’s Edge land had a somewhat hilarious breakdown that involved a Cast Member arguing with the Kylo Ren animatronic. Today, it seems that the hugely popular ride’s issues are continuing, as it did not open with Disney’s Hollywood Studios Park.

WDW Stats on Twitter confirmed that Rise of the Resistance was not open when Hollywood Studios opened at 9 a.m. EST today:

Star Wars: Rise of the Resistance has been temporarily interrupted. On average, an interruption takes 42 minutes.

At the time of publication, the fan-favorite ride has not reopened to Guests.

Star Wars: Rise of the Resistance is about to undergo some big changes when Disney World’s new “Lightning Lane” paid FastPass system rolls out sometime in fall 2021.

Although an exact date for the system’s debut, along with the Disney Genie Service, has not been revealed, Guests will be able to pay for Rise of the Resistance boarding groups sooner rather than later. While this is more convenient for Guests who really want to experience the ride than the lottery-style virtual queue system — which will still exist, as well — some Disney World fans aren’t happy about the pay-to-ride process.

Related: Disney World Starts the Weekend With Over 20 Ride Closures

As for today’s unexpected downtime, it is important to remember that Disney World Cast Members do everything they can to keep rides and attractions at the Resort’s four theme parks — EPCOT, Magic Kingdom, Disney’s Animal Kingdom, and Disney’s Hollywood Studios — operational all day, every day.

From time to time, however, temporary closures do occur due to mechanical issues and general maintenance. If you are in the Parks, the My Disney Experience app will keep you updated on the latest ride closures and wait times.

Let the expert team at Academy Travel help you plan your next magical vacation to Disney World’s theme parks and the Disney Springs shopping and dining district!