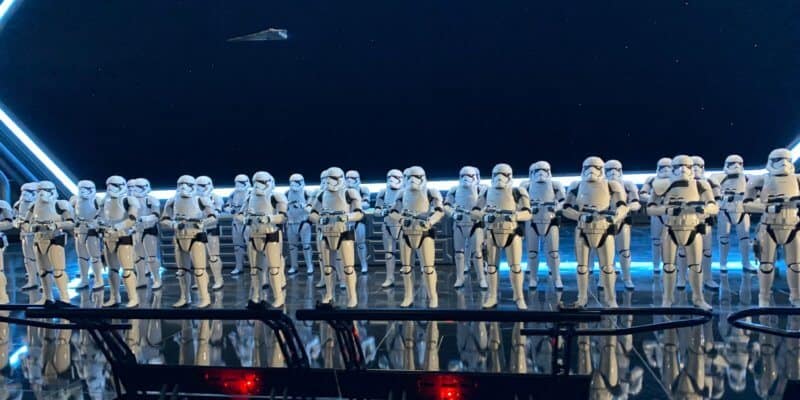 Today, The Walt Disney Company announced details about its new Disney Genie app, which will be rolled out to both Walt Disney World Resort and Disneyland Resort Guests this fall.

When the new Disney Genie Service rolls out, Disney’s FastPass+ and MAXPASS services as we know them will disappear — instead, new paid Lightning Lanes will take their place on both coasts.

And, best of all for Star Wars fans, Disney Parks, Experiences and Products Chairman Josh D’Amaro confirmed to D23 that Rise of the Resistance — although it will still have a virtual queue and boarding group system — will also be a Lightning Lane attraction.

Speaking about the benefits of the new Genie app, D’Amaro said:

“It’s super easy and convenient. And above and beyond that, there are some attractions that use the Lightning Lane queue—which you can purchase individually—which is the ultimate in flexibility. Think about Rise of the Resistance. It’s a highly demanded attraction. Guests show up in the morning and they try to get into the virtual queue. We get as many people on there as we can, but inevitably someone is disappointed. Now there’s another option on top of the virtual queue so if Rise of the Resistance is the reason you’re at Disneyland or Disney’s Hollywood Studios, there will be an option for you to purchase Rise of the Resistance. So again: flexibility, optionality, better guest experience overall.”

This is undeniably thrilling news for Disney Parks Guests who have yet to successfully snag a boarding pass for the Star Wars: Galaxy’s Edge ride at either Disney World’s Disney’s Hollywood Studios Park or Disneyland’s Disneyland Park.

Are you excited to be able to purchase access to Rise of the Resistance?