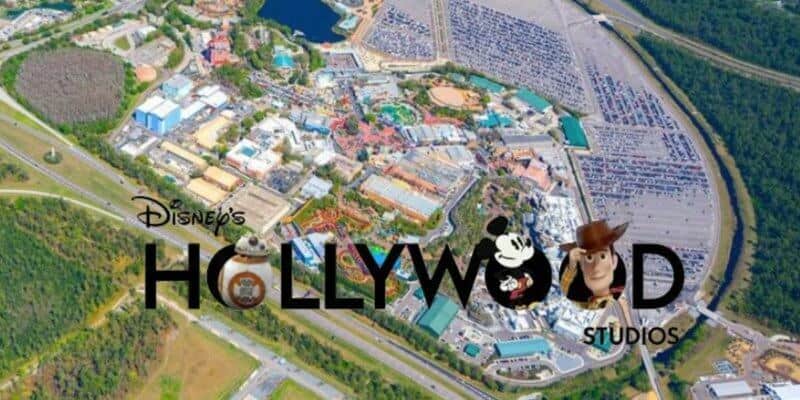 With this being said, it’s clear that certain aspects of the Orlando Resort are much bigger than others. For example, Disney’s Animal Kingdom is the biggest park, followed by EPCOT.

Disney’s Hollywood Studios is the third biggest theme park, which is home to Star Wars: Galaxy’s Edge, Mickey and Minnie’s Runaway Railway, Tower of Terror, Rock ‘n’ Roller Coaster, and more. But what if we told you, despite it hosting a variety of attractions, shows, and shops, the theme park itself isn’t much bigger than its parking lot!

Photographer Jonathan Salazar, who goes by thedisneypilot on social media, shared an aerial photo of Disney’s Hollywood Studios, which shows just how small the theme park really is compared to its parking lot! Per Salazar on Instagram:

Soarin’ over Disney’s Hollywood Studios. (?Notice how small it looks compared to its own parking lot!?)
.
.
⚠️Behind DHS, you can spot Disney’s EPCOT theme park and the many resorts shared between Epcot and Hollywood studios. (Disney’s Swan & Dolphin, Swan Reserve, Boardwalk, Yacht & Beach Club resorts)
.
.
?At the top left corner, you can even spot a giant Hidden Mickey!
.
.
?Have a Magical Day!

In the image above, you can clearly see that the parking lot to Disney’s Hollywood Studios is just as big (if not bigger) than the theme park itself! It’s something that not many people tend to think about, and we found this to be a very interesting perspective.

Despite being home to several attractions — including Tower of Terror, Mickey and Minnie’s Runaway Railway, and Millennium Falcon: Smugglers Run — as well as a variety of shops and dining locations, the theme park is actually way smaller than many may realize.

If you want to visit Disney’s Hollywood Studios on your next family vacation to experience everything it has to offer, including visiting a galaxy far, far away at Star Wars: Galaxy’s Edge, stepping into a cartoon on Mickey and Minnie’s Runaway Railway, traveling to the Twilight Zone on Tower of Terror, or rocking out with Aerosmith on Rock ‘n’ Roller Coaster, be sure to start planning today.

Did you realize that Disney’s Hollywood Studios was as small as it is? Let us know in the comments below.