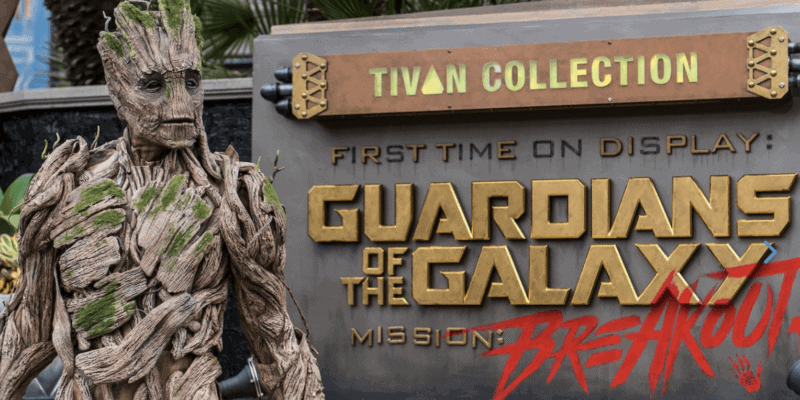 But, one thing many Disneyland Guests weren’t anticipating was that fan-favorite ride, Guardians of the Galaxy — Mission: BREAKOUT! has just become much harder to ride.

For now, since Disneyland Resort is still operating with certain pandemic protocols, including limited capacity, Guests hoping to visit Avengers Campus after it reaches its current maximum capacity must wait in a standby line or obtain a virtual queue boarding pass for WEB SLINGERS: A Spider-Man Adventure.

Since the Marvel land opened, this line has regularly been stretching through Disney California Adventure, all the way through the Pixar Pier area, Hollywood Land, and even into Grizzly Peak.

Since Guardians of the Galaxy — MISSION: BREAKOUT! — formerly The Twilight Zone Tower of Terror — is now officially part of Avengers Campus, Guests cannot board the ride unless they enter from inside of the newest Disney Park expansion.

It is unclear if this will change once Disneyland Resort enters the next phase of its phased reopening process, which is expected to begin on June 15.

Currently, however, one benefit to only being able to enter MISSION: BREAKOUT! from inside Avengers Campus is that it gives Guests more to do once they get their turn to enter the popular Marvel-themed land, particularly if they were unable to snag an already-coveted boarding group for WEB SLINGERS.

Furthermore, Avengers Campus has three entrances so, eventually, when capacity is no longer limited, Guests will be able to easily access the Guardians of the Galaxy-themed thrill ride from the entrance nearest the Hyperion on Hollywood Boulevard. You can view all three entry/exit points below.

More on Guardians of the Galaxy — MISSION: BREAKOUT!

Disney officially describes the wildly popular Guardians of the Galaxy attraction as:

When Rocket escapes, he commandeers a gantry lift and enlists your help on a harrowing mission to rescue his fellow Guardians. Prepare to unleash intergalactic mayhem from the top of the fortress to the bottom, as one of Star-Lord’s awesome mixtapes blasts a classic tune!

What do you think about this change to the popular GOTG ride at Disney California Adventure?

Let the expert team at Academy Travel help you plan your next magical Disney Park getaway to Disneyland Resort and the Downtown Disney District in Anaheim, California or Walt Disney World Resort and the Disney Springs shopping and dining neighborhood in Orlando, Florida!