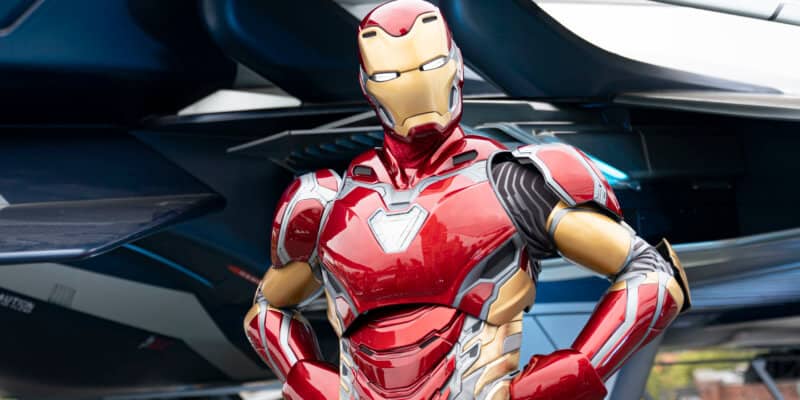 Avengers recruits, it’s time to suit up! As of June 4, 2021, Avengers Campus is welcoming new recruits to the all-new super hero campus at Disney California Adventure Park at Disneyland Resort.

“Avengers Campus will be a place where fans and Guests can finally step into the universe they love and stand alongside some of their favorite heroes. The optimism inherent in Avengers Campus captures the diversity, power and teamwork these extraordinary characters possess, and now they come together to unite people from all over the world under one guiding principle: We are stronger together,” said Dave Bushore, Vice President of Franchise Creative & Marketing for Marvel Studios

If you are heading to Avengers Campus soon, here is what you need to know before you go.

Starting June 15, out-of-state Guests are allowed to visit Disneyland Park and Disney California Adventure Park — so, if you live outside of California, you can visit Avengers Campus beginning June 15.

Getting Into the Land

For the time being, Guests will only be able to enter the land from one area of the park (even though there are technically three entrances to the land). Additionally, if the land is at capacity and a Guest did not get a Boarding Group for WEB SLINGERS: A Spider-Man Adventure (or their Boarding Group has not been called yet), then the Guest will have to wait in a standby queue in order to enter the land.

You can read all about how to get into Avengers Campus in our article here.

The Food Is Great, But Mobile Order Is Essential

We have already had the opportunity to try some of the food at Avengers Campus, and we have to say, it is totally delicious. If you order anything in the new land, we highly recommend the Pingo Doce soda from Pym Test Kitchen and a chicken shawarma from Shawarma Palace. We enjoyed everything we ate, and we also have a foodie guide as well as our must-eats right here on our website.

There Are Two Attractions Available

Right now, there are two attractions available at Avengers Campus: the thrilling and Guest-favorite Guardians of the Galaxy – Mission: BREAKOUT! that opened in 2017, and the all-new WEB SLINGERS: A Spider-Man Adventure that is perfect for the whole family. You can even upgrade your experience on WEB SLINGERS with Avengers Campus-exclusive WEB Tech.

So, if you are heading to Avengers Campus and you want to make sure you ride the rides, be sure to wait in the standby queue for Mission: BREAKOUT! and secure your Boarding Group for WEB SLINGERS — read more here.

“This is going to be the largest assembly of these heroes anyplace, anytime, anywhere. Avengers Campus is a place for them to live, work, play, protect and train. Our Guests will have many different ways to interact with our heroes, through heroic encounters and also through epic action sequences in atmospheric shows,” said Dan Fields, Executive Creative Director, Disney Parks Live Entertainment.

To say the Avengers Campus super heroes are epic would be a complete understatement. There are heroes you can see in Avengers Campus that you cannot see anywhere else — and we don’t want you to miss them.

We know that Doctor Strange, Iron Man, Captain America, Ant Man and the Wasp, Black Panther and the Dora Milaje, Captain Marvel, Black Widow, and, of course, our friendly neighborhood Spider-Man (among many others) will make appearances at Avengers Campus. When exactly will they show up during your visit? We can’t say! Avengers Campus truly is a place for super hero recruits to suit up and encounter heroes, and you never know who will show up during your visit.

What we can for sure tell you is that you should always keep your eyes peeled when meandering the new land. You won’t want to miss your favorite hero!

For more information on Avengers Campus, the all-new land at Disney California Adventure at Disneyland Resort, visit the official website or read our complete guide. If you’re ready to suit up, click here to book a trip!

Are you heading to Avengers Campus soon? Let us know in the comments below!

Avengers Campus opens at the Disneyland Resort on June 4. Currently, Disneyland Park and Disney California Adventure Park are welcoming California residents, and the theme parks are operating at a limited capacity. The Downtown Disney District and Disney’s Grand Californian Hotel & Spa are both operating, as well, and Disney’s Paradise Pier Hotel and the Disneyland Hotel reopen in the coming weeks. Click here for more information and book your next Disney vacation!