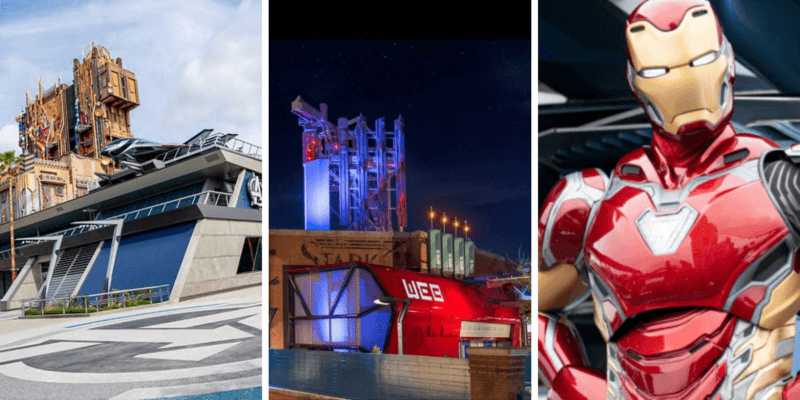 It’s no surprise that the new Avengers Campus at Disney California Adventure is bound to feature some unique and innovative technology. Being the first land of its kind to open at a Disney Park, this land is sure to have some surprises and will provide some milestones for the Disneyland Resort.

Avengers Campus is already making history for its many firsts taking place at the Disneyland Resort as well as at Disney Parks overall.

Related: Heading to Avengers Campus? What You NEED to Know

The newest attraction is WEB SLINGERS: A Spider-Man Adventure. This innovative attraction is the first Disney attraction to feature Spider-Man. Taking this attraction to all new heights is the technology involved. Using a WEB Tech accessory known as the WEB Power Band allows Guests to completely customize their ride experience. Additionally, the iconic super hero will be seen in an all-new suit that is exclusive to Disney Parks.

Related: How to Earn High Score on WEB SLINGERS: A Spider-Man Adventure

The other attraction currently operating at Avengers Campus is Guardians of the Galaxy – Mission: BREAKOUT! When this attraction opened in 2017, it acted as a milestone for things to come. It was the first presence of super heroes that was more of a permanent fixture in the form of an attraction in Disney California Adventure Park. It even featured an Avengers emblem on the grounds of the Tivan Tower, hinting at more to come.

Although we have already seen the Dora Milaje at the Black Panther meet and greet, this is the first time we will see Okoye. She will be making her debut for an all-new training encounter with herself and the Dora Milaje.

Also, Guests will get a chance to see Iron Man as we have never seen him before. Iron Man will be featured wearing brand-new armor, the Mark 80! This is another super hero suit that is exclusive to Disney Parks.

With all of these Avengers around, Guests can also expect an opposing force. The new villainous Taskmaster will not only be making his debut in the new Black Widow film, but he will also make his sinister debut at Avengers Campus. The Avengers may need to team up to protect their land!

However, with the newest Captain America, we don’t suspect any foes will have a fighting chance. Sam Wilson, the new Captain America, will be making his grand Disney Park debut as well! Now is the time for Sam to carry on the Captain America legacy left to him by Steve Rogers, the original Captain America. Keep in mind, though, that depending on the day, you will see either Sam or Steve on Campus.

Related: All the Heroes You Can Encounter at Avengers Campus!

There are so many super firsts and milestones to celebrate during the grand opening of Avengers Campus at Disney California Adventure!

What are you going to experience first at Avengers Campus? Let us know in the comments!

Planning on visiting the all new Avengers Campus this summer? Let Academy Travel help with all of your vacation planning needs!