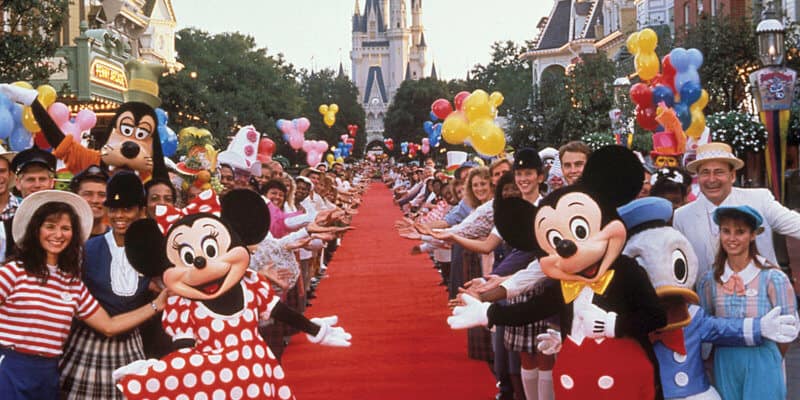 Related: Disney in Talks to Move Some Operations From CA to FL

Now, many financial analysts believe that The Walt Disney Company is poised for success in a post-pandemic world. Here, we take a look at some of the reasons why.

As noted above, Disney+ has blown past all subscriber expectations for its first year. The service debuted on November 12, 2019 and already has over 94 million subscribers. Part of the platform’s success can be attributed to The Mandalorian, Jon Favreau and Dave Filoni’s hit Star Wars series that put Disney+ on the map and even earned Disney its first Nielson top 10 rating.

Now, more and more Disney+ original content is coming down the pipeline. Marvel Studios’ WandaVision has already drawn in MCU fans and The Falcon and the Winter Soldier is reportedly even more highly anticipated than the first season of The Mandalorian was. Furthermore, Lucasfilm has no fewer than 11 Star Wars series in development.

“…[the company has set a] target for 100-plus new titles per year. And that’s across Disney Animation, Disney Live Action, Pixar, Marvel, Star Wars, Nat Geo. And of course, we’ll continue to add more to our library as we go through time as well.”

It is no surprise that Disney is honing its streaming content plan and bringing more entertainment than ever directly to the consumer. Last year, the company restructured to place its primary focus on Disney+, promoting Kareem Daniel to head the new Direct Distribution division.

Park demand is on the rise.

As COVID-19 vaccine rollout continues around the United States, more and more families are developing an interest in returning to Disney Parks. Although many fans seemingly don’t plan to go back to Disney’s theme parks until 2022, demand is still on the rise.

At this time, three of Disney’s six global theme parks are operational — Walt Disney World Resort, Tokyo Disney Resort, and Shanghai Disneyland are all welcoming Guests with a variety of health and safety restrictions, such as mandatory face masks for Guests age 2 and up and social distancing protocols, in place.

Hong Kong Disneyland is currently slated to reopen soon following its third COVID-19 closure. Meanwhile, Disneyland Paris was recently forced to close for a second time amid the pandemic and has a tentative reopening date in April.

Disneyland Resort in California remains closed with no official reopening date in sight.

The Walt Disney Company has a long road ahead in a post-pandemic world, but Yahoo! Finance pointed out that there is a light at the end of the tunnel for the brand moving forward:

Swinburne of Morgan Stanley said that “although the road to recovery remains long and uncertain,” he believes the worst is over and expects revenue streams from Disney’s parks and cruises to continue to rebound over 2021.

As Walt Disney himself would undoubtedly remind us, “There’s a great big, beautiful tomorrow.”

What do you think about Disney’s future after the coronavirus pandemic?