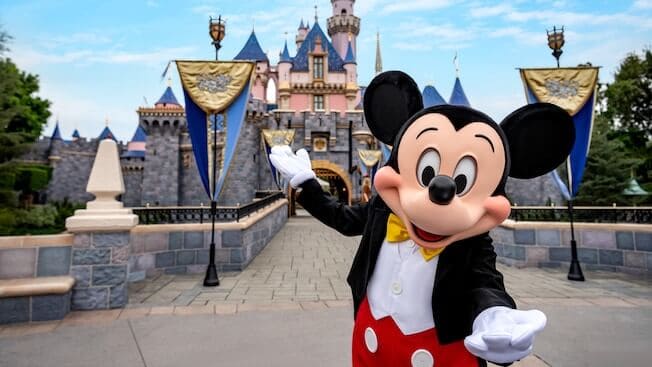 It’s been very tough for Disney fans who visit Disneyland Resort often or even take a trip once a year. As Disneyland nears its one-year anniversary of being temporarily closed due to the pandemic, Disneyland Guests and Annual Passholders — now Legacy Passholders — have found community with each other on social media, forums, and Inside the Magic too! They have been sharing things they miss about Disneyland and the first thing they’ll do when Disneyland is able to open its theme parks once again.

We all know that it’s starting to feel like forever since we’ve been able to be inside Disneyland Park and Disney California Adventure Park (past the Buena Vista Street section). At least soon we’ll be able to experience an all new limited-time ticketed event at DCA. Just think about all the food and beverages we’ll get to enjoy!

It is important to note that this event still doesn’t include attractions and both of Disneyland Resort’s theme parks remain officially closed. This makes life without Disneyland really start to feel old, as Reddit User _g_j_b_ posted. From the response, many fellow Reddit users are Disneyland fans, too, and are missing it just as much. Knowing that they aren’t alone has made it just a little bit easier because these fans have a place to reminisce on happy memories together. The topic was posted with a photo of the old colors of Sleeping Beauty Castle, and some fans are missing that too!

Getting Some Vitamin Disney

In many cases, Disneyland is a place that people go for self-care. It’s a place where people can escape the real world to enter into the amazing imagination of Walt Disney, and it even says so on a sign as you walk into Disneyland Park.

“Here You Leave Today And Enter The World Of Yesterday, Tomorrow And Fantasy.” – Disneyland

While people aren’t able to visit, sharing what they love about Disneyland and what their first day back will look like has been a sense of calming. Transporting our minds to Disneyland through the sights, sounds, and smells that we all know and love.

We can’t forget about the people who are responsible for creating all these magic moments for us, the Cast Members. Cast Members miss Disneyland being open as well, and not just for the work they get to do and visiting the parks, but their fellow Cast Members too. The new event at Disney California Adventure will bring back 1,000 Cast Members, but there are many that have been laid off and are unsure if they will ever return. Whenever we get to enjoy the parks or even just Downtown Disney, we’ll have to remember to thank them for all the magic that they make.

Even though we’re all missing Disneyland, many are understanding of why Disneyland is still closed. There are still many who are concerned for the safety of re-opening the theme parks, not only for the current world situation but also the mechanics of the parks being out of operation for such a long period of time. We know it will still be a while before Disneyland can reopen, and safety will be priority number one. The Disneyland magic will be there when it does reopen, but it won’t be the same for awhile!

Is your Disneyland withdrawal getting harder? You’re not alone! Share your favorite memories in the comments below so we can all reminisce on these happy moments together.