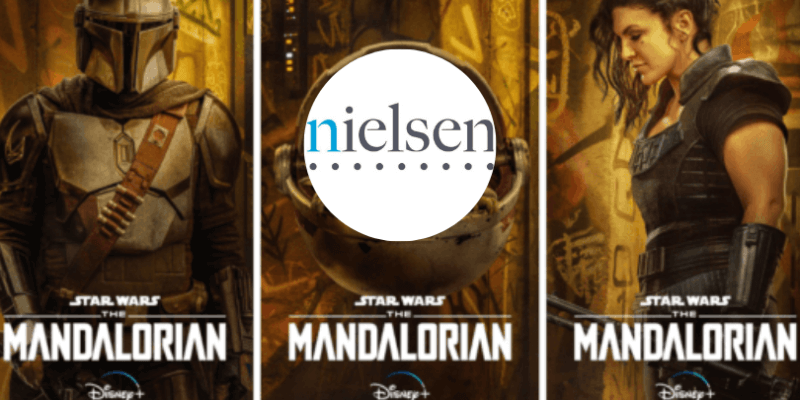 Star Wars: The Mandalorian has etched its name in Disney+ history once again. Jon Favreau’s hit series is now the first show from Disney+ to make the Nielson top 10 list of streaming shows.

According to Variety, “Nielsen’s ranking is based on the amount of minutes consumers who have access to platforms are streaming during the week.” Beginning in October, The Mandalorian found itself in the #3 spot, and the show is expected to hold its Top 10 position through November. Especially after the excitement following the revelations provided in the latest episode, “Chapter 13.”

But, there is some room for error in this list. It seems that Netflix and Amazon do not release their own detailed streaming numbers and those presented in the list are Nielson estimates.

This news follows other reports backing The Mandalorian‘s popularity. Recently, we reported that it was over 100 times more popular than the average American TV Series. This list further shows how desirable a Disney+ Original show can be compared to the pre-established bingeable serial monoliths found on Netflix like The Office and other original shows like The Queen’s Gambit.

Chapter 14 of The Mandalorian debuts this Friday, December 4. All previous episodes are currently available for streaming on Disney+. Click here to subscribe and start watching if you haven’t already.

Are you surprised to see The Mandalorian in the Nielson streaming Top 10? Why or why not? Let us know in the comments!