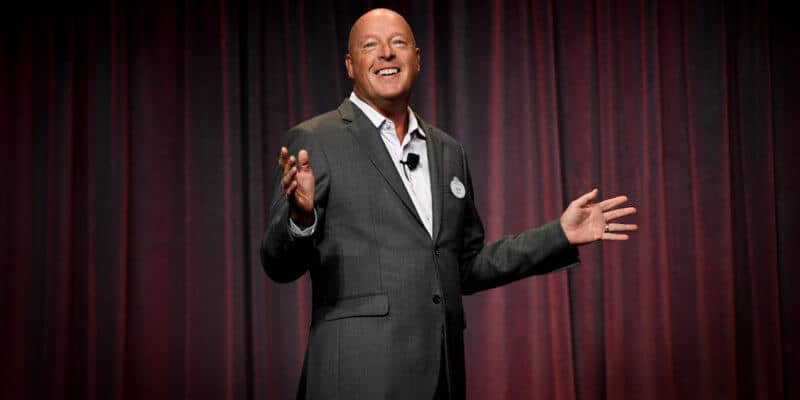 The Disney Parks and Resorts worldwide continue to adapt, change, and grow, something Walt Disney himself emphasized during the early days of Disneyland. In a new interview, Walt Disney Company CEO Bob Chapek discussed the evolution of the Disney Parks and Disney entertainment — touching, in particular, on how he views the importance of the Guest experience, diversity, and ethics.

During the webinar presented by his alma mater, Indiana University, Chapek shared some background information on his time in college and what led him to become the Chief Executive Officer of The Walt Disney Company. He shared advice for the students listening and discussed how the Disney Parks are evolving in the 21st century.

Fort Wayne Business Weekly noted the CEO’s emphasis on having a “North Star” that guides decision-making — at the Disney Parks, that “North Star” comes from the importance of the Guest experience:

Chapek said it’s important to have a “North Star” that guides you in your decisions. For the parks and resorts, it’s exceeding guests’ expectations. “Because when the noise comes in and there’s a lot of different signals and inputs, and you have to make a decision, you have to think about what your North Star” is, he said.

The Indiana University webinar touched on Disney’s push toward diversity as a company and how that is being reflected in the parks, pointing to the retheming of Splash Mountain as an example.

Over the summer, during a time of civil unrest, Disney announced that Splash Mountain — which has a theme based on the 1940s film Song of the South — would be rethemed to an attraction based on the 2009 animated movie The Princess and the Frog.

Disney CEO Chapek shared his opinion on this decision and other moves the company has made recently regarding an emphasis on diverse storytelling and the celebration of other cultures, both at the parks and in Disney entertainment. Per Fort Wayne Business Weekly’s report:

He set up six pillars for the company: transparency, representation, accountability, community, culture and content. “Our content is the biggest way that we have the ability to influence the world around us.”

Disney works with filmmakers who share their experiences and points of view. Disney created the Undefeated out of ESPN that he describes as “the intersection of sports, culture and entertainment.” It helps diverse filmmakers tell stories. It also has councils to look for diversity in front of and behind the camera. Culturally diverse programs emerge from the scripts to create stories like “Moana” and “Coco.”

The company also made the decision to change some of its attractions that have been in its parks for decades, most notably changing its Splash Mountain log ride from a “Song of the South” theme to the “Princess and the Frog, which centers on a Black character.

“‘Song of the South’ is based on a story which depicts happy slaves, that is probably not the place we all want to be,” he said.

Additionally, the CEO discussed the importance of ethics. He said that acting ethically is of the utmost importance when working for The Walt Disney Company.

Disney CEO Bob Chapek has certainly spoken out about Walt Disney Company efforts in recent weeks. This month, he shared his confidence in the success of Disney’s streaming service, Disney+, as well as his outlook on the positive future ahead for the Disneyland Resort.

Bob Chapek took over as CEO of The Walt Disney Company after former CEO (and current Executive Chairman) Bob Iger stepped down in early 2020, just before the ongoing pandemic shuttered all Disney Parks and Resorts worldwide.

“I was involved in a job of making sure that the company, frankly, survived,” he noted.

Chapek said that he regards Iger as a mentor, especially recently.

Prior to his current role, Chapek served as Chairman of Disney Parks, Experiences and Products, the role currently held by Josh D’Amaro.

What do you think of Disney CEO Bob Chapek’s remarks during this interview? Let us know in the comments.