Bob Chapek Promises the Magic Is Still Alive in New Disney World Update! - Inside the Magic 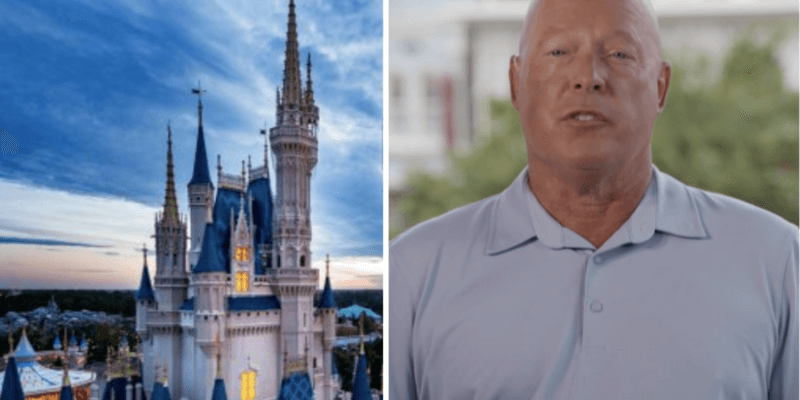 In that CNBC interview, Chapek stated, “We want to make sure that what we present to our guests when we open up with a quintessential Disney experience and while we’ll have substantially lower numbers of guests we want to make sure we do it in a responsible way so they can make those life long memories that last a lifetime.”

Now, Chapek has given another interview to Good Morning America’s Rebecca Jarvis.

In the interview, Chapek provided more details about how Disney executives arrived at their mid-July theme park reopening date, saying, “Well, it’s really a function of working backwards…How much time we need to open up responsibly…Procedures we’ll have to change dramatically. There’s going to be a lot more training, a lot more sanitation, a lot more hygiene, and, of course, social distancing.”

Chapek also further discussed Walt Disney World’s new reservation system with the ABC host, explaining “And we’re also going to be introducing the brand new reservation system, so these things take time; And what we want to do is get it right the first time. Make steady progress and eventually be able to accommodate more and more Guests.”

Many would-be WDW visitors are concerned about the limited park experience during Disney vacations right now, but Chapek assured Good Morning America viewers that, “The silver lining is that while not everything inside the park will be open, most things will be open…for those folks that are lucky enough to be able to get in that new reservation system, it’s going to be quite a magical day.”

What other changes are coming to Walt Disney World Resort?

Upon reopening, Disney World Guests can expect numerous alterations to the usual Disney Parks experience. The face mask requirement is one of the biggest changes. To allay some fears about this, Disney has announced that limited mask-free zones will be available, though details are scarce at this time.

FastPasses are another Disney World staple that are likely to undergo changes as new virtual queue systems are implemented throughout the theme parks, not just at Rise of the Resistance.

What are your thoughts on the latest Bob Chapek Disney World update? Will you be visiting the Orlando theme park upon reopening on July 11?