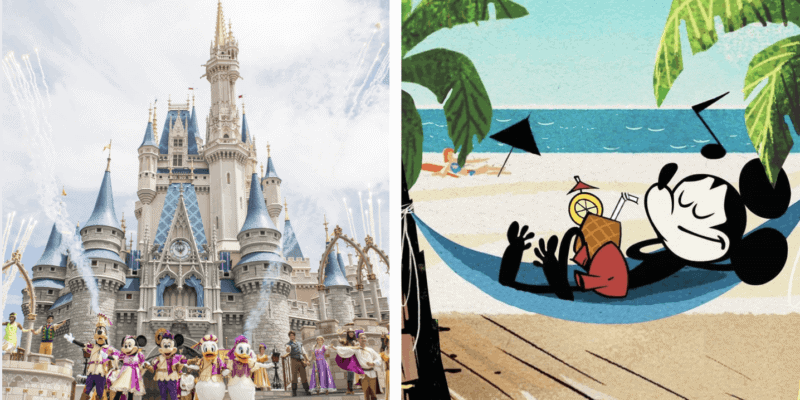 With so many new rules and regulations surrounding the Walt Disney World reopening announcement, many Disney Parks fans are feeling a whirlwind of emotion right now.

One piece of news you may have missed amid today’s numerous Disney breaking news stories is the fact that all four Disney World theme parks are set to have mask-free zones where Guests can remove their face coverings for a period of time.

Disney Guests Call Out Mask Rule Breakers at the Parks

MacPhee did not give details about how many of these areas will be in each Disney World theme park, but it does seem that Guests will be able to get a periodic reprieve from their face coverings in the Florida heat.

We will update Inside the Magic with more information on Disney World’s mask-free “relaxation zones” as soon as Disney shares an update regarding how they will be implemented in the theme parks.

While he had the floor during the Task Force meeting, MacPhee shared information about the Disney theme park’s proposed restrictions, including the constant use of face masks, that Guests will need to abide by during their time in all four Disney World theme parks and two water parks.

The face mask requirement has been met with controversy among Disney fans online and MacPhee addressed these concerns head-on when the task force questioned how Cast Members would enforce mask-wearing.

There will also be health and safety protocol signs posted throughout the theme parks during the phased reopening. Like the example below, these will include information about social distancing, temperature screenings, enhanced cleaning measures, and limited-contact enhancements, such as mobile food and beverage orders.

Are you glad there are likely going to be some no-mask zones at Disney World upon reopening? Tell us your thoughts about visiting Magic Kingdom, Animal Kingdom, and other Disney park properties in the comments!