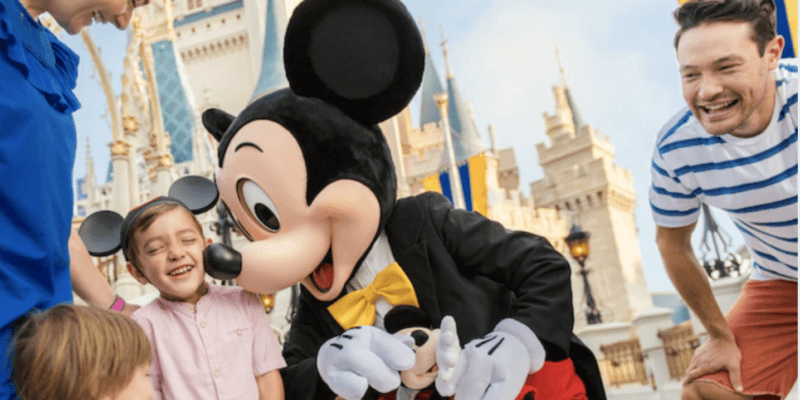 Today was a big one for Disney Parks fans! The Walt Disney Company issued an official announcement that Walt Disney World Resort in Orlando will begin it’s phased reopening on July 11, with the Magic Kingdom and Disney’s Animal Kingdom.

When the Florida Disney theme parks reopen, however, it will be without quite a few popular Guest experiences. Character meets (with both “fur” and face characters), parades, and nightly fireworks shows will all be put on hold for the time being.

If you’re like a lot of Disney Parks fans, you’re wondering what all of this means for Disney World ticket prices.

What has Disney said about WDW tickets?

As of right now, Walt Disney World Resort officials have said little about ticket prices. Today’s Disney park announcement, however, did include information about those who already have Disney World vacations booked for 2020.

Currently, all Disney ticket sales are paused and Disney has not issued any official price changes moving forward.

Now, with major crowd pleasers like parades, fireworks, including the Magic Kingdom Happily Ever After fireworks spectacular over Cinderella Castle, and character meet-and-greets cancelled, will Disney lovers be willing to pay full-ticket price for reduced levels of magic?

For many families with young children, character meets are a huge Disney Parks draw. Taking away characters, even for very good reasons, certainly puts a damper on any Disney vacation.

Furthermore, with added restrictions, such as temperature screenings and face mask requirements, park goers already have mixed feelings about going back to the Disney parks. Even Disney fans who are extremely excited about Walt Disney World’s reopening plans know their experience will look very different, at least for the time being.

What are ITM readers saying?

Our readers represent a microcosm of Disney Park Guests. When we previously asked what it would take for you to return to any Disney theme park, many of you had reservations about spending the typical amount of money for a Disney World trip for a limited experience.

One Inside the Magic reader even commented, “Depends, are they reducing rate for a reduced experience?”

Another shared, “All of it [the Disney World experience] if I’m paying full price.”

We want to know what you think Disney World should do about ticket prices moving forward!

Tell us in the comments if you expect reduced Walt Disney World ticket prices for a reduced theme park experience.