Bob Iger Celebrates 46 Years With Disney! - Inside the Magic 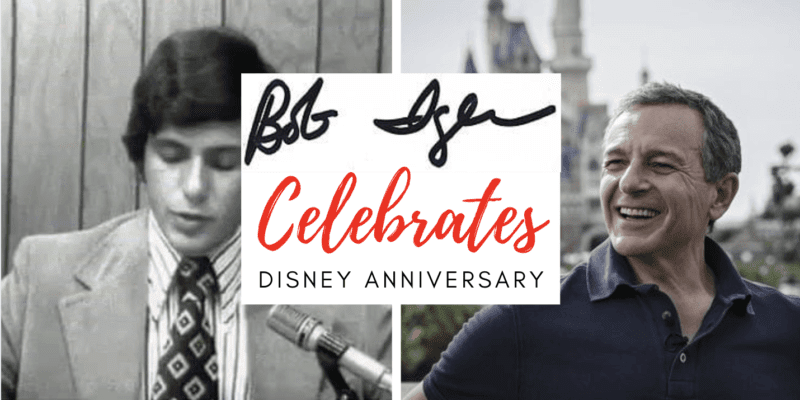 Former Walt Disney Company CEO and current Executive Chairman Bob Iger is celebrating 46 years with Disney today. Iger, who is beloved by so many Disney fans, took to Twitter to share a message with his followers.

Iger, who assumed the role of Executive Chairman and Chairman of the Board of the Walt Disney Company on February 25, 2020 when current CEO Bob Chapek took over, has certainly had the ride of the lifetime (which is also the title of his recent book!) in his nearly five-decade career.

Iger began his career doing menial labor on ABC television sets for $150 per week in 1974. After rising through the ranks at both the American Broadcasting Company and the Walt Disney Company, Iger succeeded Michael Eisner as Disney CEO in 2005.

Currently, Iger continues to play a major role as Disney looks to the future, specifically in the theme park sector. With Walt Disney World scheduled to begin its phased reopening on July 11 and Disneyland Resort’s reopening currently on hold, the company arguably needs Iger’s guidance, experience, and upbeat outlook more now than ever before.

As Iger himself wrote in The Ride of a Lifetime, “Optimism. One of the most important qualities of a good leader is optimism, a pragmatic enthusiasm for what can be achieved. Even in the face of difficult choices and less than ideal outcomes, an optimistic leader does not yield to pessimism. Simply put, people are not motivated or energized by pessimists.”

Iger’s history with the Walt Disney Company has led him to become one of the modern era’s most popular Disney legends. Leave your favorite Bob Iger moment in the comments!

Comments Off on Bob Iger Celebrates 46 Years With Disney!