Will Tomorrowland Ever Adapt to Today? - Inside the Magic 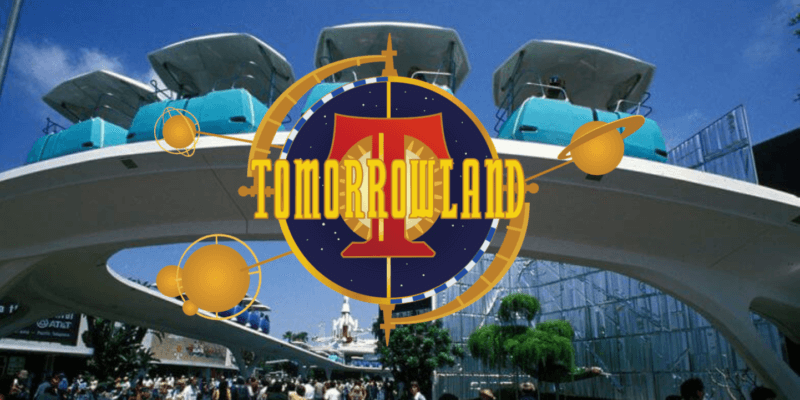 “Here you leave today and enter a world of Yesterday, Tomorrow, and Fantasy.”

At Disneyland and Magic Kingdom, Tomorrowland is one of the most famous areas of the signature Disney Parks. After all, it’s the location of such beloved attractions as Space Mountain, the background music is nothing short of iconic, and it’s one of the more memorable lands, for more reasons than one. But even though this land is loved by many, it is also a contentious topic of discussion, and Disney fans often raise the question, “When will Disney overhaul Tomorrowland to refresh the land for the future?”

Walt Disney seemed to always recognize the potential of Tomorrowland:

“Tomorrow can be a wonderful age. Our scientists today are opening the doors of the Space Age to achievements that will benefit our children and generations to come. The Tomorrowland attractions have been designed to give you an opportunity to participate in adventures that are a living blueprint of our future.”

But has Disney allowed Tomorrowland to become “Yesterdayland”? Here, we discuss Tomorrowland at Disneyland and Magic Kingdom and raise the question of whether Tomorrowland can and will receive a futuristic update so it can be prepared to adapt to the future (or even just adapt to today).

About Tomorrowland at Disneyland and Walt Disney World

At Disneyland, Tomorrowland began as just that: a land of tomorrow, showcasing what the future could be.

In the early years, after Disneyland opened in 1955, attractions like the Rocket to the Moon, the Nautilus from 20,000 Leagues Under the Sea, Monsanto House of the Future, and the Skyway delighted Guests in a land that was set in the then distant year of 1986. Later on, the PeopleMover and the Carousel of Progress (both of which are now at Magic Kingdom) moved into the land, bringing even more attraction diversity. And to this day, opening day attractions like the Submarine Voyage, Monorail, and Autopia continue to delight Guests (though they do not seem nearly as futuristic as before).

Magic Kingdom followed suit when the theme park opened in 1971. Like its counterpart in Disneyland, Tomorrowland in Magic Kingdom has a very similar theme, though many attractions differ, and, as pointed out in the Disney Fandom wiki and evidenced by fan forums, the Disney World version of  Tomorrowland is the most popular of all of the iterations of the “futuristic” land.

Tomorrowland at DL and MK today

Below is a list of the current attractions in Tomorrowland at Disneyland, as written by the Disney Fandom wiki:

And, here is a list of the current Tomorrowland attractions at Disney World, as written by the Disney Fandom wiki:

Attractions have moved in and out of Tomorrowland perhaps more than any other land at Walt Disney’s original theme park (and the first Disney World park, as well) due to the sheer nature of this area. If the land is always supposed to be a futuristic environment, then Disney would need to continue to adapt to what the future could be. But when did that stop?

Today, Tomorrowland doesn’t feel like a land of Tomorrow. In many ways, it’s a land of yesterday, and the land — both in Disneyland and Magic Kingdom — appears to be in need of a massive refurbishment, refresh, or reimagining altogether.

So, if there continue to be plenty of popular attractions in Tomorrowland at Disneyland and Disney World, what issues persist, and what is preventing Disney from a Tomorrowland revamp?

When it comes to Disneyland‘s Tomorrowland, there are a few issues with the land as it currently sits in the Happiest Place on Earth. These issues cause the land to feel disjointed and confusing to many, as the land lacks continuity.

Of course, we cannot forget the former locations of the PeopleMover (and later RocketRods) as well as the Carousel of Progress (and later America Sings). Currently, Star Wars Launch Bay is located where the once-revolutionary Carousel of Progress used to be, but this character meet-and-greet location doesn’t feel too necessary anymore, with Star Wars: Galaxy’s Edge located on the other side of the theme park.

Plus, with Star Tours – The Adventures Continue also located in Tomorrowland, Disney seems to be in a bit of a tough spot. Do they remove a beloved attraction — which marked the first incarnation of Star Wars in the Disney Parks — or do they keep it in Tomorrowland, away from the Star Wars headquarters of Disneyland, Galaxy’s Edge?

Additionally, although one may argue that Tomorrowland has somewhat of a futuristic space theme (with Star Tours, Space Mountain, Astro Orbiter, and Buzz Lightyear Astro Blasters), that argument falls short when you add the Finding Nemo Submarine Voyage and Autopia to the mix. We also can’t forget about the Tomorrowland Theater, which was screening the notably not space-themed High School Musical: The Musical: The Series only a little while ago.

Over at Magic Kingdom, Tomorrowland tells a different story. While some of the land is moving forward well into the 21st century and beyond — with the all-new TRON Lightcycle / Run coaster coming soon — other areas feel like they are stuck in decades past.

Like Disneyland’s version of the land, Magic Kingdom’s Tomorrowland takes Guests to outer space in more ways than one, with their own version of Space Mountain, Buzz Lightyear Space Ranger Spin, and Astro Orbiter. But the land also hosts the beloved Tomorrowland Transit Authority PeopleMover and Carousel of Progress — two historic Disney Parks attractions that will likely always remain in Tomorrowland in one way or another. And, of course, with TRON coming soon and bringing a very futuristic feel, the rest of Tomorrowland will likely feel more disconnected than ever before.

It’s been a while since we reported on anything Disney has shared regarding a possible Tomorrowland refurbishment, as this massive overhaul of a project isn’t exactly top of mind, given everything currently in the works at The Walt Disney Company.

However, in a 2019 report following the Disney investors meeting, we shared the following:

One attendee to the event asked if the company “had any plans to refurbish Tomorrowland at Walt Disney World anytime soon?” To this, Iger responded that the company has been trying to put plans in place for a possible revamp of the beloved area of the theme park. However, he also said that there was nothing solid but in the years ahead to expect new activity in the area.

So, how can Disney revamp Tomorrowland to usher in a new era to this part of Disneyland and Disney World? There isn’t an easy answer to that question.

One idea is to revamp older attractions with newer technology and brand sponsorships. Many have suggested that a company like Tesla, for example, should sponsor Autopia and Disneyland and Tomorrowland Speedway at Magic Kingdom. Providing children with the chance to drive their own miniature vehicles has become such a Disney Park staple, so it might not be the best move for these attractions to be removed completely. However, perhaps refurbishing the attraction and providing Guests with futuristic electric cars could be a solution.

Additionally, it’s also been suggested for Disney to remove all traces of Star Wars from Tomorrowland in Disneyland in order to keep the Star Wars theme at Black Spire Outpost on Batuu in Galaxy’s Edge. While this would certainly help alleviate the disjointed feel of Tomorrowland, it would also mean that Disney was removing Star Tours, a beloved and even historic attraction. Disney hasn’t shared any plans for this, but we will keep you updated if things change.

Other fans think that the Disney Parks in the U.S. should re-theme Tomorrowland so that it more consistently follows a specific era. Discoveryland at Disneyland Paris, for example, depicts the themes of European visionaries and explorers such as Leonardo da Vinci or H. G. Wells, with Jules Verne featured most prominently, as the Disney Fandom wiki points out. This land has a steampunk feel that sets it apart from other Disney Parks’ Tomorrowland areas, while simultaneously giving it a cohesive theme. So, there’s a chance that Disney will decide to choose particular authors, visionaries, or filmmakers as influences on the new and improved Tomorrowlands of California and Florida.

Maybe Disneyland and Magic Kingdom can draw inspiration from the Tomorrowland film. Though it was a flop for Walt Disney Studios, Tomorrowland certainly provided viewers with amazing concepts for the Disney Parks land, including a cleaner, consistently futuristic look that many Guests would likely welcome.

Related: Disney Fan Calls for TDR’s Tomorrowland to Be Rethemed

Still, we find the need to ask the question, can Tomorrowland ever truly be a futuristic area of a Disney theme park? Unfortunately, it doesn’t seem possible. Tomorrowland is, perhaps, the most challenging Disney land to conceptualize. Even if Disney does do a massive overhaul on Tomorrowland at Disneyland and Disney World, chances are in 10 years it wouldn’t be futuristic anymore and would need another reimagining. A land like Fantasyland or Adventureland doesn’t require nearly as much upkeep, but Tomorrowland is almost expected to adapt to the times. Will it ever?

Right now, overhauling Tomorrowland doesn’t appear to be a priority for Disney Parks. Every D23 Expo, it seems that there are some hopeful Disney Park fans who are itching for a Tomorrowland refurbishment announcement, only to be disappointed by the lack of news. With projects like TRON Lightcycle / Run at Magic Kingdom and the new Tomorrowland entrance at Disneyland, it seems that a new era may be coming, albeit very, very slowly.

But as the years pass and Guests seem to outgrow what Tomorrowland once was, we’ll continue to hold out hope that a massive Tomorrowland overhaul will come one day in the future. Maybe “there’s a great big beautiful” Tomorrowland re-theme “shining at the end” of this decade.