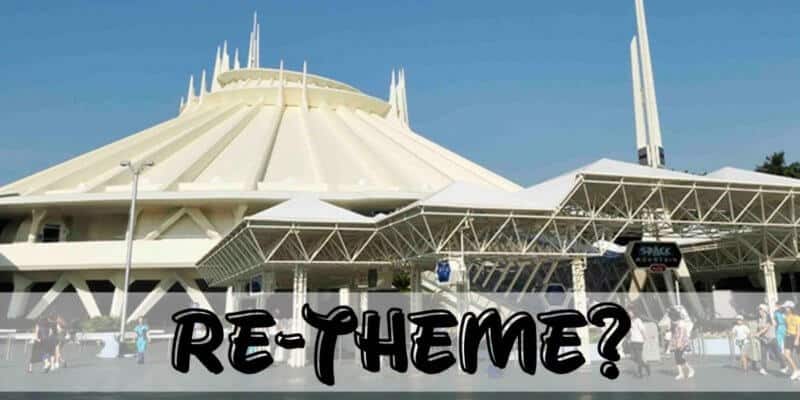 Disney fans are always coming up with new and reimagined ideas for the theme parks. But the latest fan idea has us thinking, so we wanted to share!

Related: Fans Petition to Bring Flik Back to Animal Kingdom

One Reddit user recently took to the platform to voice their opinion on Tokyo Disneyland‘s Tomorrowland theming. The user claims it is an absolute “mess,” having Monsters Inc. included in the land. The post began:

Tokyo’s Tomorrowland is a mess. What is Monsters Inc. doing here? (Oh it’s set in the future according to the Pixar Theory but still it’s theming has nothing to do with the future or space.) It can’t decide on a theme or what is wants to be.

So, the Disney fan mapped out exactly what they would like to see if Tokyo Disneyland’s Tomorrowland were to get an overhaul.

So here is my idea of a Tomorrowland overhaul for Tokyo Disneyland.

Tomorrowland would be a Galactic Fair. Like the World’s Fair but Galactic. 2055 Galactic Fair if you want. It brings different companies and organizations together to showcase and promote their products.

The first idea they had was to include X-S Tech from Mars as one of the companies:

X-S Tech from Mars is one of the companies. X-S Tech is showing off their newly improved teleportation technology, but of course it goes wrong. They accidentally scattered aliens from all around the cosmos in the city. Utilizing the Monsters Inc. Ride & Go Seek Track and Ride System, guests would board their own X-Sercurity Vehicles and go locking for Aliens all around the city.

The Reddit user then went on to explain why they think Star Tours should be replaced at Tokyo Disneyland:

Star Tours would be replaced by Star Cruise. Founded by Adalard Blauerhimmel, descendant of S.E.A. member Prof. R. Blauerhimmel, the Star Cruise takes guests on a trip to the galaxy. What could go wrong? Well as they were traveling around the galaxy, they encountered a black hole. The guests barely escape as they encountered another hole, this time it has everything the black hole sucked into being released, and the guests would have to fight off these creatures and tech the hole released.

Guardians of the Galaxy

When it comes to Space Mountain, the user says they don’t think it should be touched.

Space Mountain doesn’t need much change honestly. All I would add is a backstory to it. Ashita Station – Tokyo is the newest station of the Gateway to Galaxy, connecting it back to the Magic Kingdom version of the ride.

They think the Stitch Encounter should be rethemed, but Disney shouldn’t touch The Happy Ride with Baymax.

Stitch Encounter would be turned into Time Racers. Another attraction organized by the Society of Explorers and Adventurers, Time Racers takes you through time and witnessed some of the most important events in human history.

TRON is becoming a popular topic lately, especially with Disney World building an entire coaster just like the one already in Tokyo Disneyland. This Reddit user feels Tokyo Tomorrowland should get a new expansion — a sub-area themed to TRON.

Tomorrowland would get a new expansion, a sub-area themed to TRON if you may. ENCOM has also opened a pavilion in the 2055 Galactic Fair. In the TRON area there is of course TRON Lightcycle Run, a TRON dark ride that is like a hybrid of TRON Lightcycle Run and Radiator Springs Racers. There’a also a Astro Orbitor where the vehicles are Light Jets. Finally, the PeopleMover is back and travels through the whole Tomorrowland.

The reason I thought of this Galactic theme is that it will be easy to change the rides as if they change an IP it wouldn’t ruin the land’s theme.

So what do you think of this Disney fan’s ideas? Let us know in the comments below.