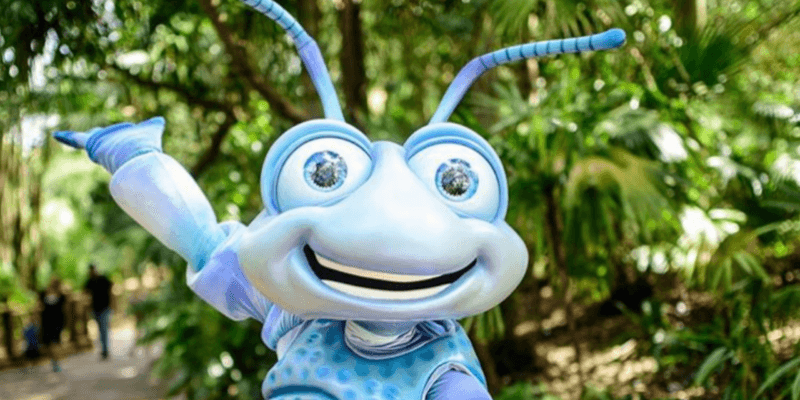 2020 really does seem the like the year of Disney theme park petitions, doesn’t it? Well, there’s another one to go and sign and this time fans are unhappy that the titular character from A Bug’s Life has been missing from the park for an extended period of time.

The petition (which you can go and sign here) has gained over 5,000 signatures and exists purely to try and get poor Flik back into the park as meet and greet character.

Here’s the description from the petition:

As of May 2018, Flik, the main character of Disney & Pixar’s “A Bug’s Life,” has been cut from the character meet-&-greet experiences at Walt Disney World again!!! Of course he is always be seen in “It’s Tough to Be a Bug!” but it’s a totally heartbreaking disaster now that they decided to take Flik out of Disney’s Animal Kingdom again!

Related: Why A Bug’s Life is Pixar’s Best Movie

We know many have such fond memories of meeting Flik at Disney’s Animal Kingdom — Here’s Kelly, from the Inside the Magic team, with him back in 2016:

We certainly see Flik being more than just a character at Disney’s Animal Kingdom, having been involved in the park since it first opened back in 1998. Disney could even consider bringing him back in the park for a socially-distanced meet and greet.

Maybe we could even see a Princess Atta back as a meet and greet as well?

If you’re looking to book your next adventure to Walt Disney World then look no further than our friends at Academy Travel. No matter what your Disney Parks needs. the team will be able to help you to book your next magical vacation. Contact their team now for a free quote!

Would you like to see Flik make a return at Disney’s Animal Kingdom? Let us know in the comments below!