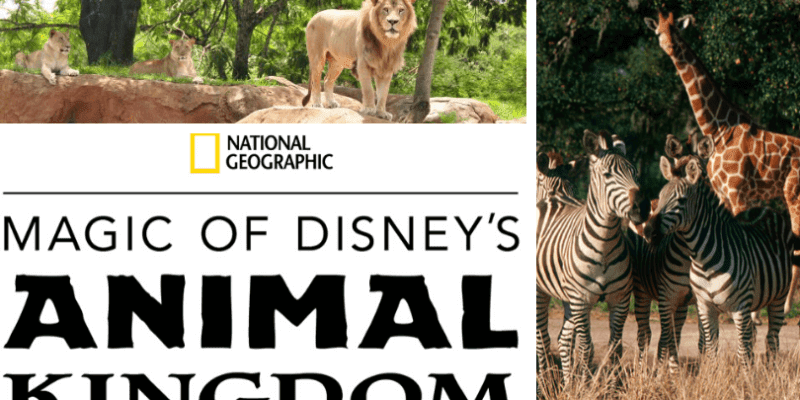 From a thank you post that Dr. Mark Penning, Vice President, Animals, Science and Environment, Disney Parks, had for the Animal Care Team, we now know a little more about the Magic of Disney’s Animal Kingdom and that it will be streaming on Disney+ this fall.  The series is produced by National Geographic and will exhibit the Cast Members and daily operations of the caring for the animals. It begins airing September 25 on Disney+.

This is what Dr. Penning has to say about the upcoming series:

“From National Geographic, the global leader in natural-history programming, and premiering on Disney+, this new series will give viewers a one-of-a-kind look into the daily operation of our advanced animal care and veterinary facilities at Disney’s Animal Kingdom and The Seas with Nemo & Friends at EPCOT and will showcase the dedication and expertise of our amazing cast members.”

Later on after the initial announcement, it was revealed that the series will be narrated by Josh Gad (known for his work in Frozen franchise and the live-action Beauty and the Beast).

You’re in for a wild ride. Start streaming Magic of Disney’s Animal Kingdom, an Original Series from @NatGeo narrated by @JoshGad, Sep. 25 on #DisneyPlus. #MODAK pic.twitter.com/lFF5BEe5rj

Below is some more information about what the series will cover, as written in a press release:

The docu-series introduces viewers to enchanting animals that have their own unique personalities and family dynamics, inviting fans of Disney, nature and animals to spend time with all the parks’ residents in brand-new ways, including the following:

While we’re waiting for the series to be released on Disney+, we can visit Disney’s Animal Kingdom now that it has reopened.  With all that’s going around in the world, there’s a new security system in place that will keep you, the Guests, Cast Members, and our furry friends safe.  If you’re not feeling comfortable visiting just yet, that’s okay.

Take a moment to enjoy these sunrises from Disney’s Animal Kingdom, or binge watch this Disney+ playlist over the weekend inspired by the park filled with wildlife!

Today’s the day – I am pleased to welcome guests back to the magic at @Disney’s Animal Kingdom! ? ? . On behalf of the entire Animals, Science and Environment team, as well as our animals, welcome home. . Swipe to see some of our animals – with a little help from the Animal Care team – sharing the magic of nature. ✨ . . . . #DisneyMagicofNature #Nature #Disney #DisneyAnimals #Animals #Animal #Welcome #Conservation #WelcomeHome #WelcomeBack #TogetherAgain

Meet the Animal Kingdom animals in person on your next Disney World trip — book a vacation here!