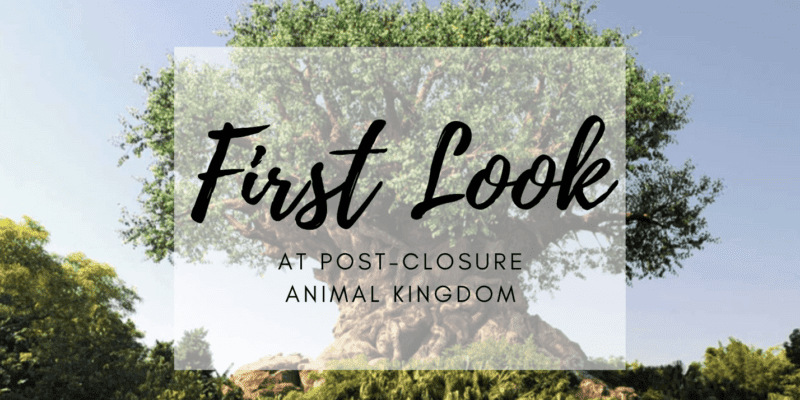 As Walt Disney World Resort Cast Members prepare for the Annual Passholder preview on Thursday and Friday and the theme park reopening on Saturday, July 11, many changes have been implemented.

One alteration to the typical Disney experience is the security checkpoint at each theme park’s front gate. Today, Twitter user Alex (@Imagineer2017) has shared a first look at how Disney’s Animal Kingdom security has changed following the Disney World’s temporary closure that began on March 20.

In his Tweet, Alex shared four photos of the new security at Animal Kingdom. One of the first things that stands out is how few lines are available. Since these images were shared this morning, this is obviously because the Disney park is not yet open to the general public at this time.

However, Guests should expect fewer lines than usual going forward due to Walt Disney World’s limited capacity during their phased reopening process.

Another thing that is immediately noticeable is that Disney security team Cast Members are now wearing face shields to protect them as they go about their duties. These protective face shields provide even more protection than face masks, which are now mandatory for both Guests and Cast Members.

Alex also shared that the security team at Disney’s Animal Kingdom is using the new contactless scanners that were installed during the closure, limiting Guest interaction with Cast Members and vice versa.

Alex also shared images from inside Animal Kingdom ahead of this week’s Disney World reopening (Magic Kingdom and DAK on July 11 and EPCOT and Disney‘s Hollywood Studios on July 15). This image of the “Mask Free Zone” near the Up theater gives a glimpse of how Disney World’s relaxation zones will look throughout all four theme parks.

Mask free zone near the Up theater pic.twitter.com/KL4DWsdpOE

What do you think about this first look at Disney’s Animal Kingdom after the closure? We’re excited to learn more about the new safety protocols during Disney’s AP Preview. Stay tuned to ITM for the latest Walt Disney World reopening news.

If you are interested in planning a trip to any Walt Disney World park following reopening, contact our trusted friends at Academy Travel. They can help you secure reservations for a Disney Resort Hotel like Animal Kingdom Lodge, understand new dining protocols, and determine how to ride all of your favorite attractions, such as the Kilimanjaro Safari without FASTPASS. Contact them today for a free quote.