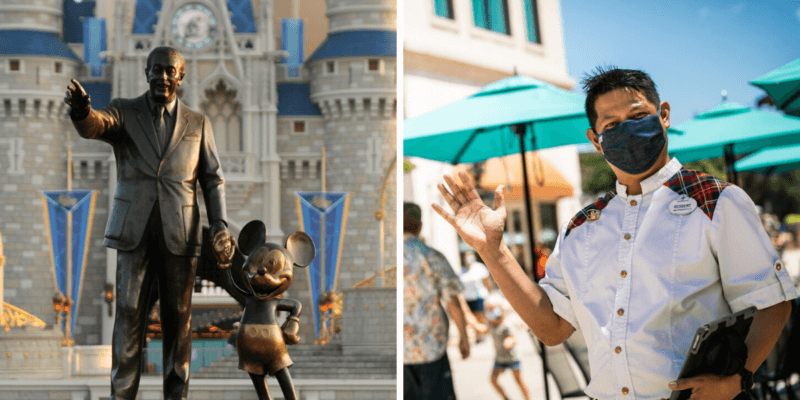 The Walt Disney World Resort is still steaming full throttle towards reopening its theme parks starting with the Magic Kingdom and Disney’s Animal Kingdom on July 11, 2020. And while concerns still run high for some, we have now learned that its Cast Members will have some extra protection when the Guests return.

Walt Disney World Cast Member Union Unite Here! Local 362, has made an agreement with the mega-resort to have face shields provided for Cast Members working attractions that will not be able to maintain social distancing with Guests or other Cast Members.

We have great news to report for Attractions H/H Cast Members! Any position where social distancing is not possible (for example, Height Check) will be provided a second barrier of a face shield!

We were able to achieve this because workers said something to Union Representatives. The only way we can ensure a safe return to work is by speaking up. If you see something unsafe at work, say something about it!

This is some of the latest Union news to come out of Walt Disney World, following the decision made by Actor’s Union, Actors’ Equity Association, to implore Disney directly to delay the reopening of its Orlando theme parks as state experiences a spike in positive virus cases. Actors’ Equity represents the Walt Disney World’s stage performers.
Across the country, similar safety measures were promised to Cast Members at the Disneyland Resort in Anaheim, California. After announcing the delayed reopening of its theme parks and resort hotels, Disneyland met with some of its own Cast Member unions once again to discuss more satisfying reopening procedures. One of the terms of the new agreement was that “a plastic face shield will be provided for Cast members who must work within 6 feet of Disneyland visitors.”

But concern still hovers over the reopening of Disney’s American theme parks. Other Union leaders still intend to protest at Disneyland this weekend in an event called Disney Caravan for Safety, to which 17,000 Cast Members are invited. No such demonstration is scheduled to occur at the Walt Disney World Resort. 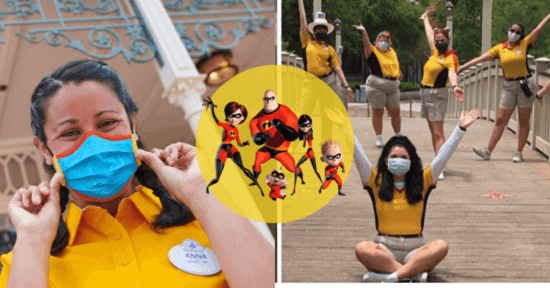 As Cast Members continue to get called back to work, Walt Disney World prepares to reopen the Magic Kingdom and Disney’s Animal Kingdom on Saturday, July 11, and then EPCOT and Disney’s Hollywood Studios on Wednesday, July 15.