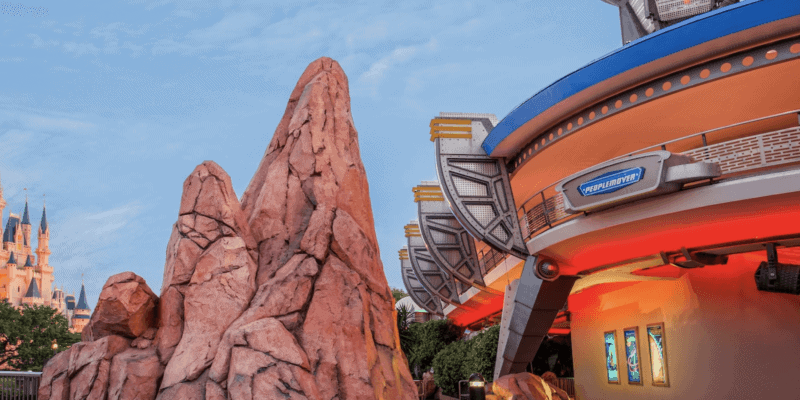 The Tomorrowland Transit Authority PeopleMover attraction at Walt Disney World Resort’s Magic Kingdom theme park is something of a “love it” or “hate it” attraction.

Disney World Guests who fall into the “love it” camp have faced months of sadness, as the PeopleMover’s refurbishment continually lengthens — and has now been confirmed to extend at least into sometime in 2021.

Originally, Guests expected the Tomorrowland ride to be back up and running when Walt Disney World Resort’s four theme parks began their phased reopening process in July, following the temporary closure that started in mid-March.

At this point, Disney Parks fans are truly beginning to wonder why the Tomorrowland Transit Authority PeopleMover refurbishment is taking so long and, quite frankly, if the PeopleMover will ever move people again. Here, we take a look at some possibilities.

Is Disney waiting for TRON construction to be completed?

Construction of the new TRON Light Cycle Run roller coaster — based on the existing Shanghai Disneyland ride — is one very valid reason that work on the PeopleMover could be taking an extended period of time.

It is not uncommon for Disney theme park officials to close affected adjacent attractions when a new ride is being built.

For example, when Star Wars: Galaxy’s Edge was under construction at Disneyland Resort, the Disneyland Railroad was temporarily closed since the track was impacted by the building of Batuu. Furthermore, part of the Walt Disney World Railroad track has already been impacted by TRON coaster construction, so it is certainly not unprecedented for an attraction to be affected by this large new roller coaster ride.

Online, some Disney World fans have suggested the PeopleMover vehicles will offer spectacular views TRON and, as a result, Disney doesn’t want to ruin the big reveal by reopening the PeopleMover now. This seems highly unlikely, but is, of course, possible — after all, no detail is left to chance when The Walt Disney Company is involved.
If TRON is the reason behind the PeopleMover’s lengthy closure, it is more probable that there is an actual, logistical purpose.

The PeopleMover may not be a priority.

As much of a following as the Tomorrowland PeopleMover has, it may simply not be a priority for Disney at this time. The current pandemic has set Josh D’Amaro’s Parks, Experiences and Products division reeling — to the tune of a $2.4 billion loss in Q4.

Disney has outlined the company’s priority projects at Disney World during this unprecedented — including the immersive Star Wars: Galactic Starcruiser hotel and the Remy’s Ratatouille Adventure ride in EPCOT’s France Pavilion.

The PeopleMover’s refurbishment has never been specifically mentioned as a priority in 2020 or even looking ahead to 2021 and Walt Disney World Resort’s 50th Anniversary.

There may be something very wrong with the PeopleMover.

Although it does appear that some testing has been occurring on the PeopleMover tram track, it is possible that Disney’s refurbishment of the ride is taking so long because there is legitimately something very wrong with it.

Normally, Walt Disney World Resort would not leave an attraction closed for this amount of time without an explanation, but 2020 is not a normal year. Since the company has been hit so hard by the ongoing pandemic, there is a viable chance that the money simply isn’t there to fix a major PeopleMover problem.

What do you think? Are you looking forward to riding a Tomorrowland Transit Authority PeopleMover tram car again (hopefully) soon?