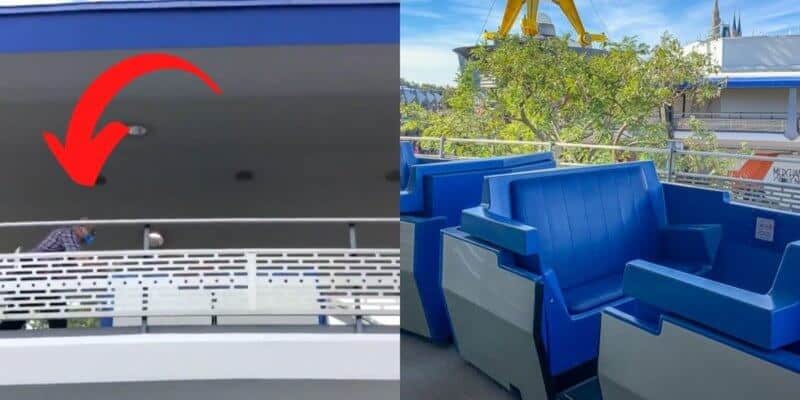 Disney World Guests have been waiting for the Tomorrowland Transit Authority PeopleMover to reopen ever since it closed back before the temporary park closures, which took place back in March. Once the parks reopened in mid-July, Guests were hoping to see the PeopleMover open back up with the rest of the attractions, however, this wasn’t the case and Disney announced the attraction will continue to be closed for refurbishment, which now keeps getting extended.

Finally, Disney Guests may now have the opportunity to see the PeopleMover “back in action” as we have some excitement for Disney possibly gearing up for its reopening.

Liv Manuel-Miranda (@nerdfighterliv) took to Twitter to showcase that Cast Members have been testing the PeopleMover.

Saw a cast member pushing a single people mover car. He would then stop, type something on his phone, and do it again. It was honestly really fun to watch but I hope this means we get her back soon.

Saw a cast member pushing a single people mover car. He would then stop, type something on his phone, and do it again. It was honestly really fun to watch but I hope this means we get her back soon ? pic.twitter.com/oy9fYJTA5N

It’s pretty fun, even though the attraction is still closed, that we can see a Cast Member single-handedly push a PeopleMover cart with no force at all.

The PeopleMover has been under refurbishment for months, with the opening date constantly being pushed back, many Disney fans who are TTA lovers have been patiently waiting for the attraction’s return. At the moment, the PeopleMover is set to return on January 9th, but as we mentioned that has been a constantly moving date. The positive thing this time around is that we are seeing the attraction being tested!

So it’s looking like Disney World Guests may be able to start off 2021 with a positive note on the PeopleMover, and as Disney explains we can:

At this time, Disney has not yet announced when the TTA will be reopened to Guests but Inside the Magic will continue to update you as we get information.

If you want to be one of the first to hop back on the TTA and ride the PeopleMover in Magic Kingdom, you should start planning your next Disney World vacation! If you want a no-obligation quote, click here and get started today!

Are you ready to ride the PeopleMover again in Tomorrowland?